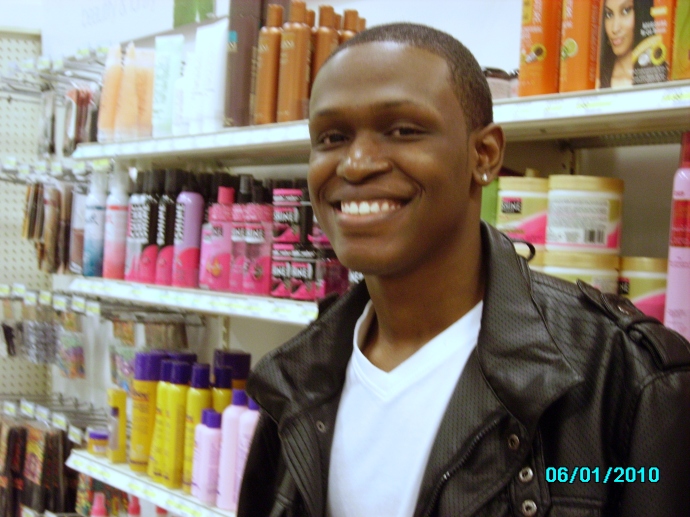 A week ago, my friend Andrea Shelton emailed me about a young man in need. His name was Aaron, and she had learned about him from Kimberly Hutchins-Watch, who has taken in—and adopted– numerous foster children over the years. Kimberly also runs Seeds of Love to gather clothing, provisions and funds for foster kids and although she didn’t know Aaron, a DFCS (Department of Family & Children Services) worker “knew her heart” as Andrea put it, and called to see if she could help. Aaron was 18 and heading off to college in a day or two, but since he had just maxed out of the foster care system, he really had nothing to call his own. And I mean nothing. (When foster kids turn 18, they are “emancipated” from the system and lose their foster home. Over 400 kids every year are turned out — many to homelessness, teenage parenthood and a vastly uncertain future.)

Andrea immediately tapped into her phenomenal network of Bible study/activist/not-to-be-messed-with Southern moms, with a 2-page list of what every college kid needs. Although I was just an innocent bystander, I got swept up in the frenzy and by 4 p.m. that day, half the list had already been donated and delivered, and I decided to make my $100 contribution to Aaron’s College Prep fund. Andrea picked me up about 7 pm and we headed down to Target to meet Aaron & Kimberly and do some power shopping. 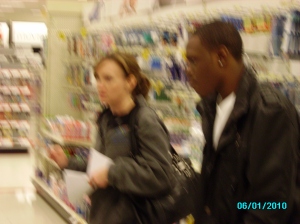 Andrea & Aaron on the move through Target

While we were price-comparing toothpaste and deciding which scent of deodorant was most enticing, Aaron shared some of his life story with us. Listening to this polite, athletic and well-spoken young man, it was almost impossible to believe what he’d been through. He first entered foster care when he was 5 years old, along with his four siblings, and he couldn’t remember how many different places he’d lived. The last time he saw his mother (he never knew his dad), he came across her on the street, “and it wasn’t a pretty sight,” he said, his eyes tightening. The last place he was in was a group home, “where the people running it were just doing it for the money. And that’s never going to make for a good situation.” Aaron didn’t have a cell phone, winter coat, computer, camera, car, or CD player. No sheets, blankets, towels, robe, toiletries, pillow, or study materials. He wanted an iron because he liked his shirts “crispy” and you could tell he was the kind of kid who would use it.

When Andrea & I asked Aaron how he had survived and become such a fine young man, he thought a minute and answered, “The way I made it through is that I always had a need to listen, and to respect authority. I got in my share of trouble, for sure, but I wanted to do right. Some kids don’t … they say, nobody loves me, nobody wants me, and that hardens their heart. But I tried to stay soft, to remain a people person, because that’s how I want to make it through.I’ve been through so much in my life: homelessness, poverty and near death experiences, but it hasn’t made me hard and bitter. I just figure, I can make it through anything. I’m not going to get down – I just say to myself every morning: If God is willing, I can make this a better day.”

Hmmm... which is the better value??

As I was driving home, I thought about my own two 18-year olds, and the obscene amount of stuff they have, as well as the ridiculousness of expecting children that age to fend for themselves. Obviously, the state of Georgia agrees, because they’ve instituted an Independent Living Program to help foster kids aged 16-21 to find jobs, apply and get financial aid to college or tech schools, and learn housekeeping & financial literacy skills (which believe me, my kids could use as well.) In fact, if kids will sign back into the system at age 18, there are a host of services they can access: Medicaid, college tuition and living allowances. This year, the Department of Human Services is expending a lot of effort to strengthen the program even more and extend services to foster kids ages 18-21. Clearly, somebody at DFCS was looking out for Aaron when they called Kimberly to help – and that’s great news.

More good news? On Friday, January 8, a friend of Andrea’s drove Aaron down to college with an SUV overflowing with stuff to outfit his room – just like every other incoming freshman.

For stories of hope like Aaron’s, check out www.maac4kids.org/empowerMEnt . Georgia Empowerment is a youth advocacy and leadership group made up of unbelievably dynamic current and former foster children who advocate with the legislature and other groups on behalf of all emancipating youth. It will move you to tears.

3 thoughts on “From foster to freshman — Aaron’s remarkable journey”