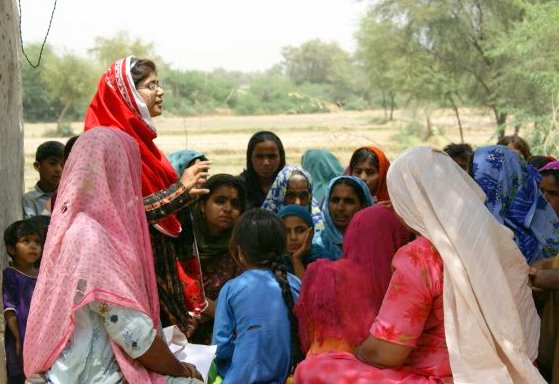 Every year, the United Nations estimates that thousands of women are murdered in honor killings for their actual or perceived “immoral” behavior and for bringing shame to their families. That behavior could be marital infidelity, refusal to submit to an arranged marriage, asking for a divorce, or flirting with a man. Honor killing, or karo-kari, is most prevalent in Pakistan and almost never punished. But one remarkable young woman is committed to challenging that custom. Khalida Brohi, an indigenous girl of Balochistan, Pakistan (a province near the borders of Afghanistan & Iran) ) found the courage to become an activist, taking on this deeply engrained custom in tribal Pakistan. Her cause, the Participatory Development Initiative, is a finalist in the Unreasonable Institute Marketplace, and if she is able to raise $6500, she’ll be going to Boulder. Inshallah (God willing) — which I sure hope SHe is. 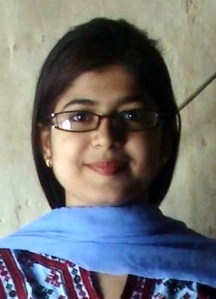 Khalida shares her sense of wonder that “life offered me freedom that no other girl in my family or community could get.”  Educated in Karachi and encouraged to speak her mind, she started PDI in 2004 to empower other Pakistani women to have an equal, powerful say in the decisions of their life. But in a society where the birth of a boy is celebrated with gunfire and sweets, while the birth of girl is marked by hitting the father with a shoe seven times– challenging the patriarchal hierarchy is a daunting, and sometimes dangerous, undertaking. Luckily, this sweet-faced young woman has a will of iron, and a brain to match. 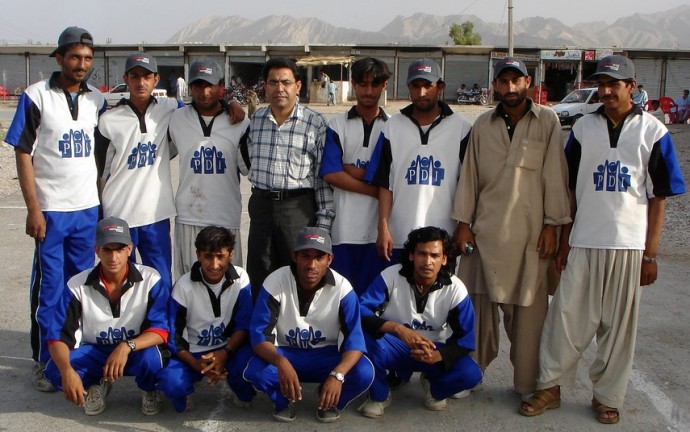 Realizing that tribal elders and mullahs would never allow her to directly contradict the tribal traditions that lead to wata sata (arranged marriages), child marriages, and honor killings, Khalida adroitly works on changing perceptions from within. PDI establishes programs to promote and preserve the positive traditional customs of embroidery, music and tribal language; raise awareness of women’s issues while sponsoring wildly popular cricket matches in villages; and empower women with income-producing Embroidery Centers, where women can talk, share stories, and support each other while they work. By working within the traditional culture, Khalida is able to get villagers to accept and participate in her programs, while she delivers messages of women’s empowerment. 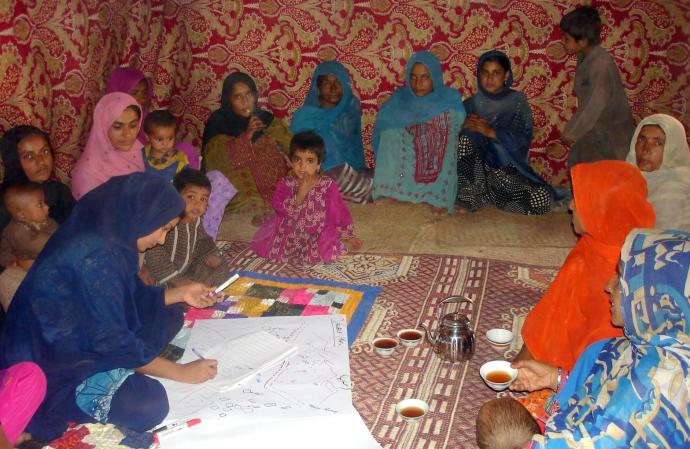 To date, PDI has opened 23 Embroidery Centers in three provinces of Balochistan and three provinces of Sindh, engaging 690 tribal women, and reaching 10,000 people with its message of WE CAN Stop Honor Killings. The organization now has 43 Team Members, 90 members in its Youth Forum, and over 300 volunteers throughout Pakistan. Khalida also advocates non-stop with policy-makers to change the laws and customs regarding honor killing – using street theater, posters, media training, seminars and school programs to challenge this horrific custom. 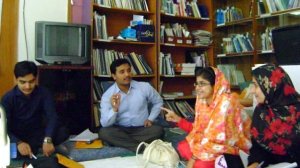 For her tireless commitment, leadership, and vision in advocating for the rights of women in Pakistan, my $100 today goes to Khalida Brohi and the Participatory Development Initiative (even if the name does sound like a PowerPoint presentation). What a change agent she is!