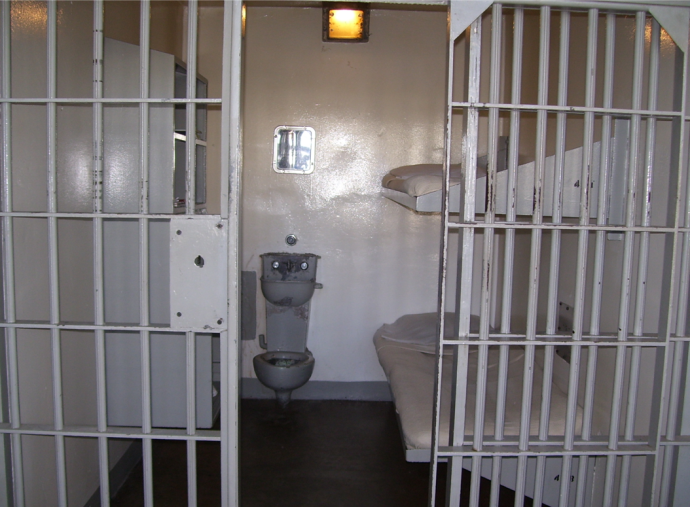 A room for two at Burruss Correctional Center, Georgia.

On April 11, 2000, handsome, fun-loving, 22-year old Chris Sandy went to a party outside Atlanta. He had four drinks, then headed to another party with his friend Jesse. They were traveling down a 2-lane country road about 80 mph, laughing and singing, when Chris passed a white minivan, then slammed into an oncoming sedan turning left, cutting the vehicle in half. As Chris lay on the ground, slipping in and out of consciousness, he heard the sheriff asking him, “Have you been drinking, son?” and heard the EMT yell, “There’s a fatality on the scene!” And that’s when he knew he’d killed someone, and everything in his life was going to change. 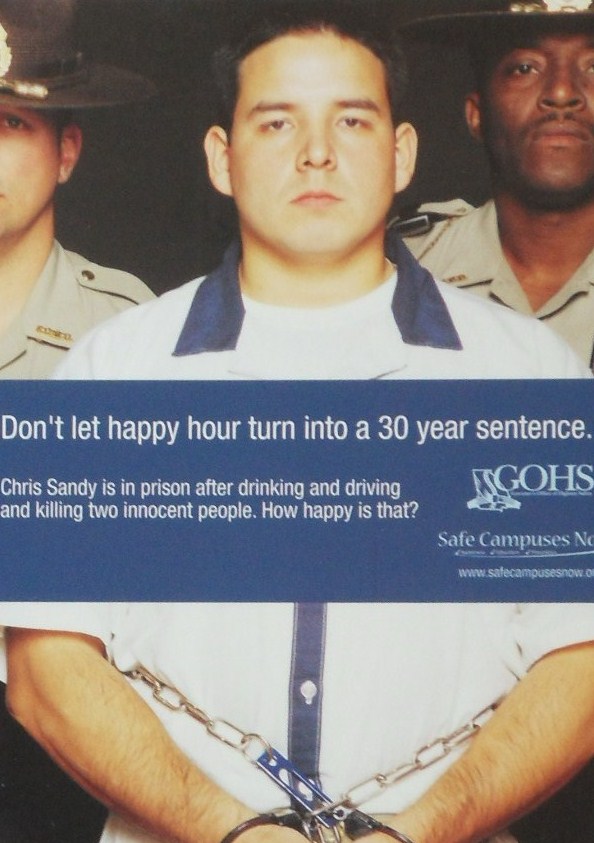 Chris had actually killed two people, 70 year-old grandparents, and as a result of that vehicular homicide, he went to court one year later, signed a plea agreement, and was sentenced to 13 years in prison. His first night in jail, locked in a 12’ x 7’ cell he shared with a double murderer, he heard the door slam shut behind him and thought in terror, “I’m never going to make it out of here.”

3,117 days later he was released from prison a different man. But out of that cauldron, Chris created something that helped to ease his constant sense of guilt and horrible feeling of shame. With the guidance of an inspirational mentor named Chad Foster, Chris began to make public DUI speaking appearances from prison, shackled in chains and wearing prison garb, to high schools and colleges all across the country. In four years, he talked to over 100,000 students – sharing his story, his grief, and his “Enduring Regret.”

His presentation was so moving and so influential to the kids he was addressing, ImageMasters Productions of Atlanta made a double-Emmy-winning documentary filmed on location in Georgia high-school auditoriums and from inside Chris’s prison cell. No money was made by anyone on the film, but it is a source of comfort to Chris that the film is still being used today in rehab programs, courts and educational venues.

“One wrong choice can have lifelong consequences,” Chris says, now released from prison and on 17 years probation. “Consequences that you’ll never be able to undo.”

Besides the two people he killed, Chris’s parents, married for 30 years, divorced after he went to prison. His father died of a massive heart attack on Thanksgiving Day, while driving home from visiting Chris in jail. All four of his grandparents passed away while he was incarcerated. And the family of his victims has never forgiven him –and clearly, Chris will never forgive himself for what happened that night of April 11.

Such a tragic fallout for so many people from just a moment’s stupidity! The message is inescapably, painfully clear: Think. Don’t’ drink and drive. (My $100 today goes to support the DUI education program that can never bring back the two grandparents who perished, but that may help Chris Sandy prevent another tragedy with his searing message to high schools & college students that he continues to give today.)  ~~~~~~

Lulu & I are on our way to Angola Prison Rodeo today with Heartbound Ministries (see post here). Yay!