The beginning of the journey

Ryan and Jamie Pleune are taking a walk. A really, really long walk of 350 miles through some of the last, best, roadless areas in Utah on a Pilgrimage of Hope. The two set off from Vernal, Utah on October 10 and will end on November 23 in Bluff – and all along the way, at every mile, they will be taking a photo that will be turned into a postcard that will be mailed to Washington urging legislators to take immediate steps away from our carbon-based economy and towards real climate-change solutions. Wait til you see how cool these postcards will be!:

The Pleunes’ walk is replete with symbolism, beauty and a whole mass of blisters. Their 350 miles represent 350 parts per million – “The most important number in the world” that is thought to be the safe upper limit of carbon dioxide in the atmosphere, to support life as we know it on this earth. We’ve already passed the 350 marker and moved to 392, and the results are unmistakable in rapidly melting ice caps, extreme weather, and increased drought. Hence, the urgency to take meaningful steps to return to safer levels of carbon dioxide – by not burning so much coal, developing more solar, wind and renewable energy, and yes, taking walks that shine a light on the necessity for change. 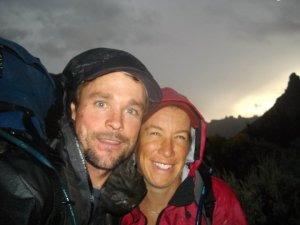 Ryan and Jamie are avid outdoors folks with a deep, abiding love for the natural world and a tremendous concern for its protection. They just moved back to Utah (Jamie’s family has lived in Utah for four generations) from Washington, D.C where Jamie worked at Georgetown Law as an environmental lawyer and Ryan ran the Green Schools program in Maryland – and it’s safe to say that the climate in Washington, D.C. is what they’d really like to change. ”Our walk is part political and part a pilgrimage seeking hope and optimism. Despite the lack of progress on addressing this issue, we deeply believe that collectively we can create a force for change.” 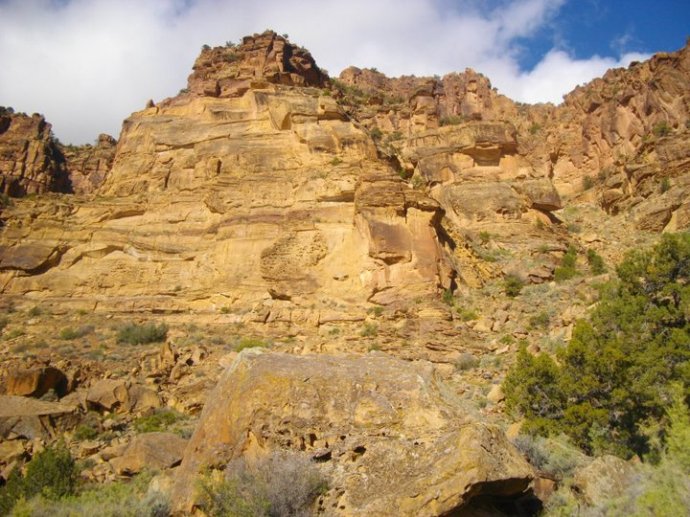 If you’ve never been to Utah, it’s almost impossible to describe the vast, mind-bending beauty of the place — or the feelings of protectiveness that wild landscape engenders. To that end, Ryan and Jamie are using their Walk 350 to promote the Million Letter March – a grassroots effort to inspire one million people to write one million individualized, personal letters (stamps and all) to Congress asking for real legislative solutions to climate change.

I’m sending mine in today, and sending $100 to Jamie for some new boots. I know she’ll buy some that are made for walking .. and that’s just what she’ll do.