Today is the one-year anniversary of the devastating earthquake in Haiti. It’s hard to believe it’s been a year since that horrible catastrophe that killed over 250,000 and evoked a paroxysm of giving — $1.4 billion from the US alone. A lot will be said about the lack of progress and questioning where the money went & what good it did – only 5% of the rubble has been removed and what remains is 20 million cubic yards of collapsed concrete and debris. One million people are still displaced and living in canvas tents – a haunting 380,000 of them children. These are not hopeful statistics.

But my friends at the Restavek Freedom Foundation (see my post from February 6) sent me a letter on Monday and founder Jean Robert Cadet and exec director Joan Conn had a slightly different story to tell. A restevek child himself (the word is Creole for “stay with”), Cadet has dedicated his life to ending the practice of virtual enslavement of children in Haiti. And since the earthquake, RFF has been working tirelessly to reach children and people in need — and seeing real results.

Of the 394 restevek children they were advocating for before the earthquake, they managed to locate 283 — 7 perished in a collapsed school, 54 moved to a different location, and 50 simply couldn’t be found, despite a herculean effort to hunt down every clue and reconnect with the missing children in towns and villages throughout Haiti. 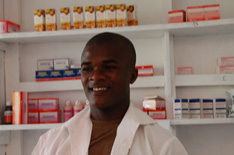 Restevek Foundation opened two new medical clinics offering free medical care,staffed by people like Jean Yves who takes a 5-hour bus ride to Port au Prince every Friday to minister to the people who line up outside the clinic at 4AM.

426 restevek children have returned to school, with tuition, uniforms and supplies being paid for by RFF, and 130 adult women also are learning to write their names for the first time through RFF’s literacy program. 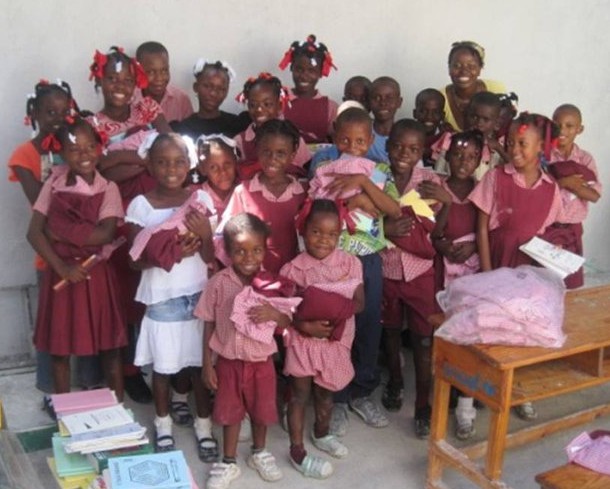 And children in schools all over Haiti are learning through the Kombit program to challenge the accepted tradition of having resteveks, which is the real kernel of change.

It’s not easy to feel positively about Haiti, given the enormity of the problems the country still faces, its dubious elections, and a long history of governmental corruption and ineptitude, but if these people on the ground have hope, I can only second that emotion.