Ashoka is the granddaddy of all associations of social entrepreneurs, working since 1981 to support men and women around the world who have developed system-changing solutions for the world’s most urgent social  problems. Instead of trying to explain all Ashoka does, over the next few weeks I’m going to feature Ashoka Fellows, Changemakers, Young Champions and Youth Venture folks who demonstrate the breadth & depth of Ashoka’s vision. Today, it’s Youth Venture activist Sheel Tyle.

Sheel and Sujay Tyle witnessed the tragedy of blindness as little kids in 1998, when their parents took them to an orphanage for blind children in Kenya, half of whom also had AIDS. It was a life-changing experience – and the two brothers, who themselves can’t see more than 3” in front of their faces without their contact lenses, decided to do something about it. The two committed to use their gift of corrected vision to help underprivileged blind people around the world gets theirs back.

After years studying retinal cell biology and macular degeneration (keep in mind, these are teenagers– who are obviously not living on facebook like yours and mine), the Tyles founded ReSight in 2008 and raised over $20,000 so young people could be treated in Indian hospitals, trained, and employed, with part of their earnings going to support treatment for others. Sheel and Sujay worked in Mumbai over the summers, taking time off from their accelerated studies at Stanford and Harvard, to develop partnerships with hospitals and NGOs to support the program. 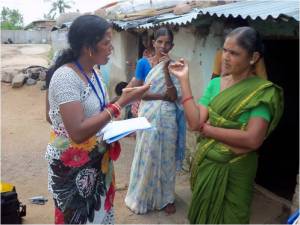 Gathering data in the village

This year, the Tyles are refining the ReSight model with a plan to reach the most marginalized, vulnerable and numerous victims of vision loss: rural women. The ReSight ambassadors of community outreach will be village women who are former vision patients themselves, trained and empowered as Vision Health Guardians. 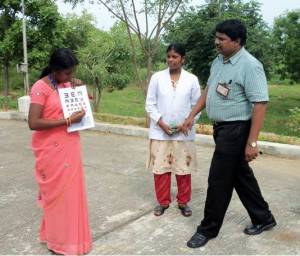 ReSight‘s pilot program involves 20 Vision Health Guardians working in their own villages to create awareness about eye disease and screen the public for common eye problems, bringing patients to ReSight vision centres when necessary. Because eye-damaging diabetes is also increasing in epidemic proportions in India– a 300% rise in cases- the health guardians will also act as diabetes and hypertension educators and bring in people with diabetes for retinopathy screening and treatment.

Yes, the Tyle brothers are terrifying overachievers, but aren’t we glad that teenagers like this are out there, hell-bent on making the world a better place? ReSight is nothing less than visionary, and my $100 today goes to support their inspiring work.