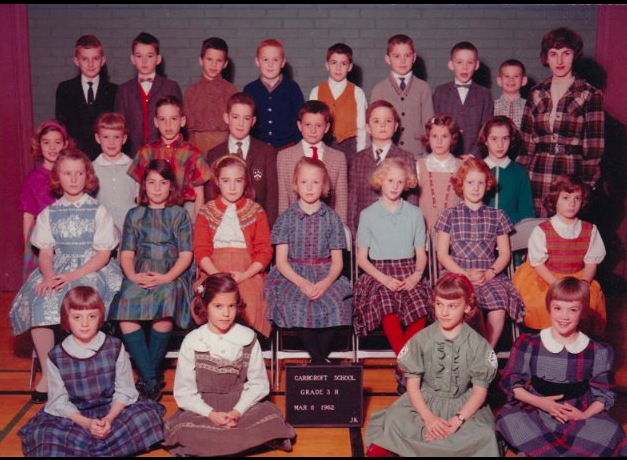 Over the past two weekends, I’ve been to beautiful Santa Barbara for one of my best friend’s 60th birthday… and to my 40thMt. Pleasant High School reunion in exotic Wilmington, Delaware. There’s no way to put a fresh, unwrinkled face on these two events – as perfectly delightful as they were, they were clear and unmistakable evidence that I am, indeed, getting old.

Normally, I hate bitching about getting old. It forces people to politely deny the obvious reality with “No, no, you still look great… really!” Or far worse, “Wow, I thought you were only 55…” like that’s supposed to make you feel as if you’ve achieved some kind of botox/yoga nirvana. And then, of course, you have to fend off the well-meant flattery with self-deprecation in the form of “Oh please, I’m an ancient hag!”… and it’s all just too ridiculous and exhausting.

But these two weekends – with all their unavoidable underpinnings of decades slipping by—turned out to be a beautiful introduction to the upside of aging. 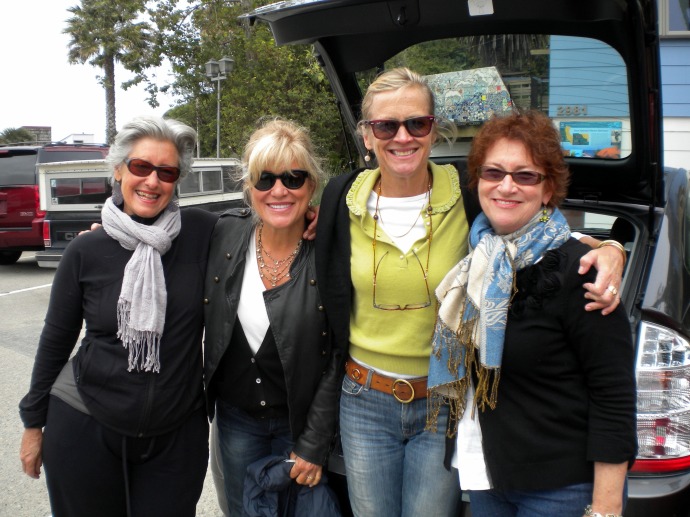 Mimi’s birthday brought together some of my best book club friends from Denver and we proved beyond a shadow of a doubt that we can still party like it’s 1999 –and putter like we’re 99.  In fact, one of the sweetest moments of the four glorious days of luxurious spa treatments, sunset boat rides, manic flea marketing, and boisterous wining & dining was Sunday night when we all clustered inside Mimi and Mark’s Mission adobe home, placidly reading the New York Times, eating leftovers, and watching the Mavs kick the Heat’s butt for the NBA championship. 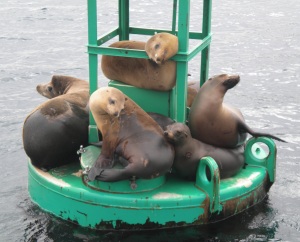 Even the seals were celebrating...

Walking on the beach every day, we talked incessantly about books, kids, grandkids, health stuff, old friends, new jobs and men … just like old times, but with a lot more gratitude and a lot less frantic anxiety. We’ve been lucky in life and we know it. (And of course, Mimi makes 60 look glamorous beyond belief — in fact, if she keeps this up, I might have to stop being her friend.)

My high school reunion was a mere four days later on the east coast and required a tolerance for ear-splitting screams of re-acquaintance, cheap wine, and the ability to instantly call up the name of someone you haven’t seen in 40 years. Of the 460 people in my class, 177 came to the reunion – some of whom had never showed up before. It wasn’t a wild scene (we’re too damn old to pull that off), but it was incredibly satisfying to see people with whom you shared so much history—who know all your bad habits & grade school nicknames (mine, coined by my 4thgrade teacher Mr. Burns and remembered instantly and broadcast loudly by Doug Swan, was “Busybody Betty” – because I could never stand not to know everything that was going on with every single person in the room – surprise, surprise!) 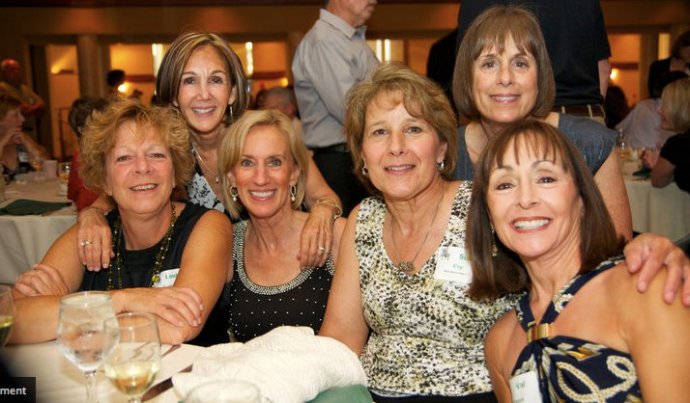 Nobody was posturing or had much to prove – probably because after 40 years, everybody’s been kicked to the floor a couple of times and failed at something –so we celebrated each others’ successes and commiserated with the inevitable disappointments.  It was a time to bask in the warmth and laughter of people who knew you back when your mom cut your bangs straight across, you got a black eye falling out of a tree, and everybody in the neighborhood went barefoot all summer long, playing Capture the Flag and Red Rover out in the streets until it was too dark to see, then hightailed it home when your mom whistled to come on in and take a bath before bedtime. 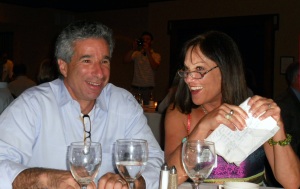 Those were sweet times then … and it was sweet to still see, in the faces of these old friends, the kids that you’ll never forget. It’s always remarkable to me how many people hold the memories of my life … of my mom & dad; my sisters and brothers; Lulu as a baby; Larry & me meeting at the 25th reunion and getting married 3 months later … and how much it means to me that they do remember. 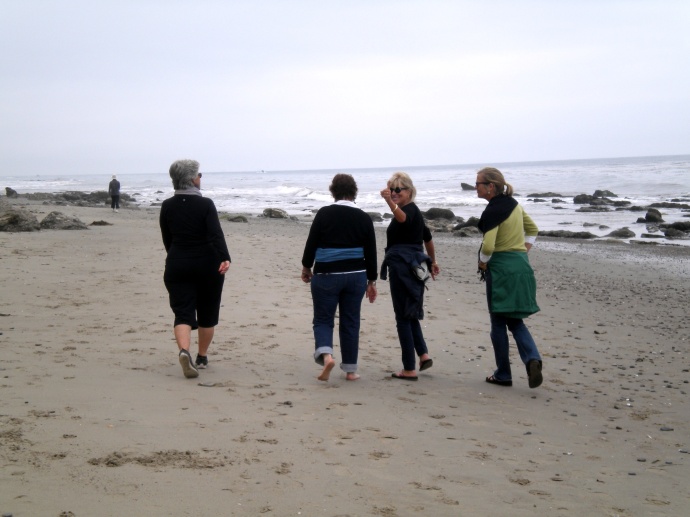