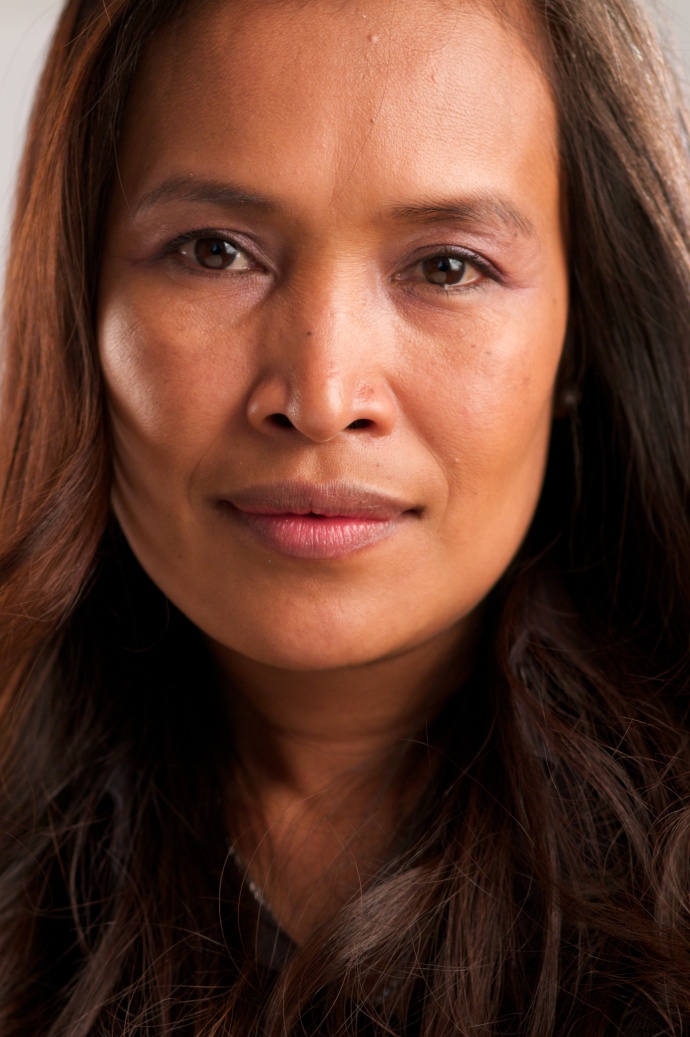 Somaly Mam is so triumphantly beautiful, it’s difficult to think of her as a victim, or anyone’s slave. But she was both – sold into sexual slavery at the tender age of 12, raped, tortured and prostituted until she finally escaped and was able to build a new life for herself. But she vowed never to forget those left behind in the brothels, and Somaly made it her life’s mission to rescue, rehabilitate and reintegrate trafficked girls and give them a new chance at life. 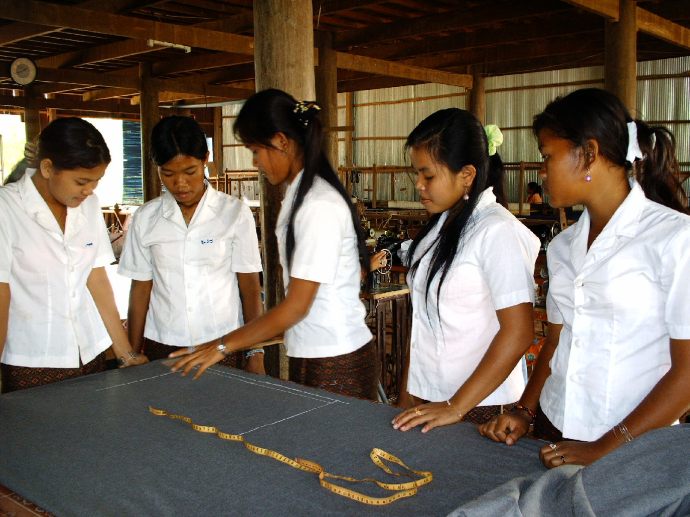 Rescued girls learning a trade at one of Somaly Mam's shelters in Cambodia.

In 1996, Somaly Mam established a Cambodian nonprofit called AFESIP (Agir Pour les Femmes en Situation Precaire) to offer shelter, emotional counsel, education, and vocational training to the victims of sexual slavery, some as young as five. She went to the brothels, handed out condoms and AIDS information, told them her story, and offered a safe place for the girls to go– eventually building three shelters that house 152 women and children in Cambodia. 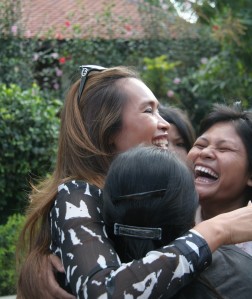 Somaly lives among the girls herself and has offered a compelling role model of strength and resilience to more than 4,000 girls she has rescued over the years. These young girls, who have been sold, abused, and abandoned, hang on their beautiful “mother” like little koala bears, soaking up her love, affection and confidence that a new life is possible.

In 2007, two young Air Force graduates, Nicholas Lumpp and Jared Greenberg, who were determined to help build global awareness for the fight against child sex slavery, heard about Somaly Mam’s work in Cambodia. They flew over to meet her and were so moved by her projects, they started the Somaly Mam Foundation to end human trafficking around the world through action, advocacy and awareness. It’s a mighty big challenge. 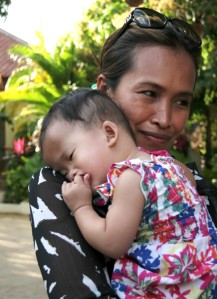 Over two million women and children are sold into slavery every year, and it’s estimated 27 million people are toiling as modern-day slaves around the world. Sex slavery is the third most profitable criminal activity in the world – a $10 billion business that couldn’t exist without the complicity and indifference of governments, law enforcement and the public. In case you think this problem exists only in the developing world, think again. In the United States, an estimated 17,500 girls have been sold into slavery, and Atlanta is one of the trafficking hubs. Our former mayor, the fabulous Shirley Franklin, spoke up and out against sexual trafficking, and that’s part of what you can do: raise your voice in protest.

This is a problem that is so big and so ugly, it can seem utterly overwhelming –at least to me. Our culture is so saturated with sexual imagery, it’s hard to distinguish the victims of sexual exploitation from MTV video stars and difficult not to feel somehow complicit in the overall degradation of women.So I’m going to give you five things you can do to actually help:

1) Get your book club to read Somaly’s powerful book, to get informed and inspired; 2) Buy your holiday gifts at the Survivor Empowerment Store and include some information about SMF with your beautiful handmade things; 3) Find out about the next SMF run, walk or fundraiser & drag all your friends along with you; 4) Write to your congressional representatives about the need to stop sex trafficking both nationally and internationally; 5) Join me in donating to the Somaly Mam Foundation to help expand their work in Cambodia and around the world.

No girl should have to suffer what Somaly and her girls have been through – and we need to stop it before it happens.  Let’s do it!