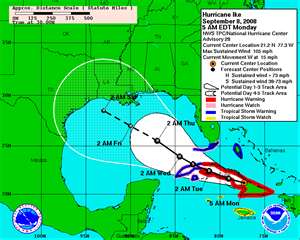 A tropical storm, which may become a Category 1 hurricane, is heading towards the Gulf Coast and will probably make landfall on the exact day when Hurricane Katrina devastated the City of New Orleans and the Gulf Coast 7 years ago. For the past four days, I’ve been watching (or trying not to) the Weather Channel, CNN and other news shows — only to see the newscasters breathlessly deliver predictions of how “this thing might shape up” and bemoaning any let-down of the storm’s ferocity as a big disappointment. “The problem,” I actually heard a WC spokesperson say this evening, “is that the storm seems to be inhibited by this stubborn presence of dry air.”  As if what we were all really hoping for is another terrible loss of life, property and well-being.

What is going ON in this country? The number one independent film right now is a piece of total crap by Dinesh D’Souza called 2016: Barack Obama’s America in which he contends that “… the U.S. is being ruled according to the dreams of a Luo tribesman of the 1950s…. who raged against the world for denying him the realization of his anticolonial ambitions, {and} is now setting the nation’s agenda through the reincarnation of his dreams in his son.”

Are you SERIOUS? Obama barely even knew his father, and yet somehow he absorbed his “African rage” by osmosis? And where in God’s name is evidence of that in Obama’s measured, terribly annoying compromising, and MODERATE attitude? But let’s not get confused by the facts. Instead, let’s all be beguiled by a Mormon director (Gerald Molen) and Dinesh, who is responsible for this unsubstantiated tripe: “The cultural left in this country is responsible for causing 9/11…” and “Abu Ghraib reflected ‘the values of a debauched liberalism run amok'”… and this gem, which is the title of his book: “The Enemy at Home.”

When did we become so hateful and paranoid and CRAZY in this country? In all my travels, I can tell you that I have never seen or experienced the inchoate anger that is loose in this country today. It scares me, it saddens me, it really pisses me off.

And it’s neatly summed up by this sign than hangs on the front door of the mother of the  15 year-old Baltimore shooter who allegedly critically shot and wounded another student on the first day of school this morning.