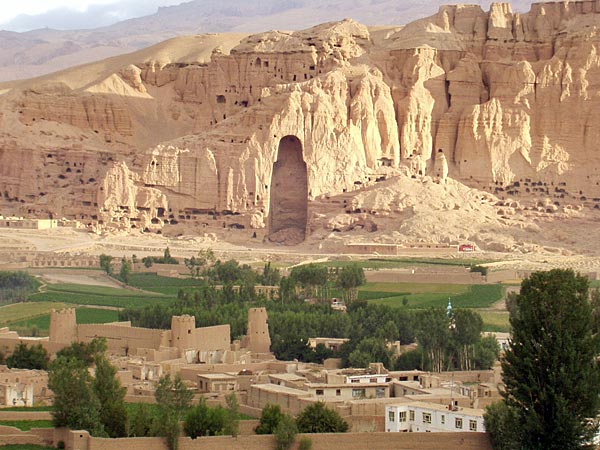 The original Bamyan, Afghanistan-- home of the huge, destroyed Buddhas

The great thing about youthful exuberance is that it’s so … exuberant! But that doesn’t mean it’s necessarily grounded in any sort of reality, unless of course you’re talking about the dynamic young entrepreneurs of Bamyan Media, who are all about reality. Reality TV, that is. In fact, their phenomenally creative approach to inspiring social entrepreneurs around the world is what’s brought co-founder Jasmine Stine to the Unreasonable Institute Finalist Marketplace www.unreasonableinstitute.org where she’s only $2,000 away from earning her place in the Boulder sun.

Being a crotchety, old disdainer of reality TV (except when it’s a series I like, of course) my first instinct was to shudder – until I learned that Bamyan is all about producing original, competitive reality TV series in developing countries to instruct, elevate and reward social entrepreneurship in young people. What a concept!

Best of all, it’s a lot more than a concept. In 2008, Bamyam’s co-founder Anna Elliot produced a 13-part series, “Dream & Achieve” in Afghanistan, where it reached 7 million Afghans and became the #1 hit of the season. To attract contestants, Ann and her Afghan crew had to comb the countryside, explaining what it meant to be an entrepreneur and how to start a business.  Contestants competed weekly before the show’s expert judges, and each episode had its own theme, such as management or environmental impact. Viewers voted via text messaging for their favorite social ventures (the series was sponsored by Afghan telecommunications firms and banks) and the undeniable subtext was: being a social entrepreneur is cool.

Now Bamyan’s mission is to produce similar programs in Bangladesh, Tanzania, Egypt and Mexico, showcasing the heroic power of people who are using all their creativity, talents and energy to make their communities a better place to live. Like the finalists in Afghanistan’s “Dream & Achieve” series: the winner, a former commander of the Army whose dairy refrigeration business employs ex-combatants; and the runner-up, a jam & pickle maker, who defied her family and Taliban pressure to compete, and has put hundreds of widows and refugee women to work.

The riches of a contestant's rice mill in Kunduz.

“The beauty of this idea,” Jasmine says, “is that it’s so adaptable to different countries, and different cultures.” Bamyan’s model is to bring the series to local production companies, attract and unite sponsors, and allow the contestants and judges to reflect the aspirations and needs of that culture. Considering that 700 million young people in the world are unemployed, a show that gets them to begin thinking, planning and accessing resources that could create the jobs (and solutions) the world so desperately needs is already a hit in my book.

So my $100 today is going to Bamyan Media. Who needs Simon Cowell & crew when you’ve got a Jasmine Stine, Anna Elliot and Lucy Lindsey?