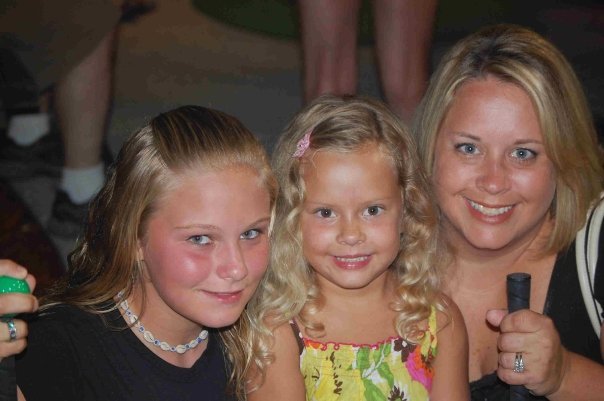 This story came to me from Jay Gardiner, the Athletic Director at Oglethorpe University. It’s not a grandiose tale about people doing earth-changing things. It’s the small story of a big-hearted woman who takes in kids that aren’t hers and loves them as if they were.

Amber is my next-door neighbor, a great wife, and a great mother.  Her daughter, Emma, is a regular visitor to our home.  She has this delightful way of screammimg your name and running to you for a quick hug, only to run equally fast back to the comfort of her mother’s protecting arms. Because Amber is protective of all the people around her.

When we first moved in three years ago, we assumed that Amber had four children.  The kids living with her ranged in age from 12 to little Emma, who was 1 at the time.  They were a wild crew, but very friendly.  It took a while before we discovered that Amber had taken three of the children into her home simply because they needed her. The oldest child living with Amber was her sister, a beautiful 12 -year old girl, who was in distress living at home since her mother (and Amber’s) had serious drug issues and was unable to manage a young teenager. The two boys belonged to Amber’s older sister, who was struggling both financially and personally.  Amber willingly accepted and began to mother these children, attending their school and sports events, meeting with their teachers, and treating them as her own.

A few years passed and then one day, the boys were gone. Amber’s sister had decided that she was once again capable of performing her motherly duties and took them back in with her.  Amber was in tears, but agreed to the move because she felt it was best for the boys. Shortly after, her 12-year old sister went back to live with her mother, and Amber was down to mothering just Emma.

Then tragedy struck.  Amber’s mother, only in her early 50s, died suddenly. Once again, Amber lovingly accepted her young sister into her home as a permanent part of the family.

Through all the turmoil in her family life, Amber continues to be a positive light for those fortunate enough to know her. She is cheerful, generous and upbeat, even when her struggles seem overwhelming. Amber’s husband Garrett was also just laid off, so in addition to her parental responsibilities, Amber will be the primary breadwinner until Garrett can find work. I hope you will consider Amber Gil de Rubio in recognition of her loving and unselfish life. She’s my hero.

$100 today  goes  to Amber, in recognition of all the women around the world who are taking care of children not their own. Where would we be without them?

One thought on “Not so ordinary people.”