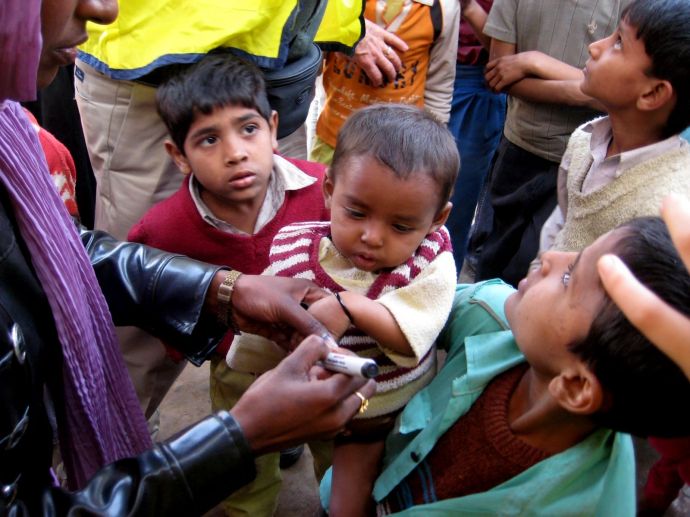 The eradication of polio is an epic, 20-year long global battle to defeat a disease that has crippled a president, stubbornly resisted heroic efforts to conquer it, and clung on by a thread in its remaining strongholds in four endemic countries: Afghanistan, India, Pakistan and Nigeria. This massive public health effort is a collaboration of the World Health Organization, UNICEF , the Center for Disease Control, Bill & Melinda Gates Foundation , and Rotary International and involves nothing less than the inconceivable task of immunizing every single child on the planet. 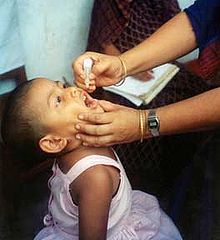 The amazing thing is – it’s almost been accomplished! In 2009, the Initiative was within 1606 cases of making polio the second disease to be wiped off the face of the earth.

The 1988 Global Polio Eradication Initiative was originally inspired by Rotary International’s 1985 pledge to raise $120 million to immunize all the world’s children. It was from a Rotary Scholar, Esha Chhabra, now studying International Development at the London School of Economics, that I learned more about this 20-year relentless campaign. 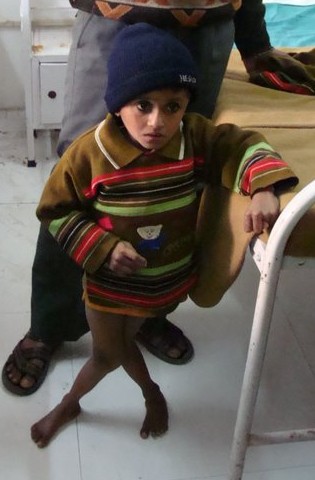 The ravages of polio.

From the 1930s through the 1950s, polio ravaged the world’s population, affecting mostly children under five years of age. A highly infectious, water-borne disease caused by a virus, polio can cause total, irreversible paralysis in a matter of hours, in approximately 1 in every 200 cases. The disease invades the central nervous system, spreads along nerve fibers, and destroys nerve cells that activate muscles. These nerve cells cannot regenerate and the affected muscles, most often in the legs, no longer function. There is no cure for polio, it can only be prevented through immunization – but the oral polio vaccine, given multiple times at a cost of about 30cents a child, will protect a child for life.

Taking to the streets to promote immunization. 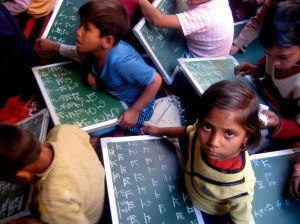 What's at stake: the future of developing countries.

By 2001, the number of cases of polio had decreased from hundreds of thousands to a little over one thousand. Then in August of 2003, one state in Nigeria suspended vaccinations on rumors that it was making girls sterile. During the 10-month suspension, 1,500 children were paralyzed by polio and the disease had spread to 15 other African countries, causing a $450 million heath emergency crisis. A similar deep-seated suspicion of Western intentions has led to some resistance to vaccination in the four Muslim countries where polio is still endemic.

Since India and Nigeria have 98% of all new polio cases, Esha spent time last year and this, participating as a Rotary volunteer in National Immunization Day in Uttar Pradesh, India.  The Rotary ideal is for volunteers to aid and inspire field workers who are on the front lines in this exhausting battle, where the search continues for any child under five whose pinkie finger is not stained black – the sign of having been immunized. Since polio is spread by poor hygiene and personal contact, children playing by the open sewers in these massively crowded and underserved communities are hugely at risk. You can read Esha’s moving story here : 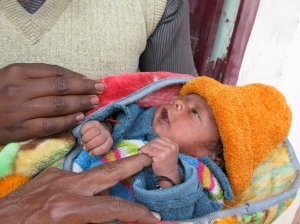 My $100 today goes to Rotary International for helping to make polio history. From a disease that a mere twenty years ago was endemic in 125 countries on 4 continents, paralyzing more than 1,000 children a day, polio has now been virtually extinguished through unprecedented international cooperation, the vaccination of more than two billion children, and the belief that immunization could – and must be done. Rotary rules!