All photos from Bread for the World.

On November 2, the night of the midterm elections, I was listening to NPR and heard something utterly shocking –in the midst of all the election spewing of vitriol, fear and hate, this guy was talking about the poor. And he wasn’t just talking about poverty, he was laying it out.

Reverend David Beckmann– economist, Lutheran pastor, winner of this year’s World Food Prize (the Nobel Prize in the field of food and agriculture) and head of Bread for the World, had this to say about hunger in America: “It’s basically a lack of political commitment. At its base, it’s a lack of spiritual commitment, because as an electorate we haven’t shown our politicians that we care about hungry kids…It’s a lack of organized give-a-damn.” 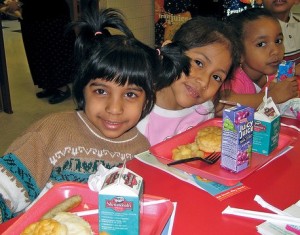 Well, that’s for sure. But people are going hungry, right here in America, right under our righteous tea-bagging noses. Almost 15% of Americans are living in poverty –and one in four children lives in a household that sometimes runs out of food. And those families – 80% of them – have at least one person working full-time to make ends meet. We’re not talking about people sitting around drinking 4Locos on the porch, but working moms and their little kids, going to bed hungry— in this country where we pay farmers not to plant crops and have stockpiles of dairy products so extensive, we have billion-dollar agencies devoted to figuring out how to get rid of it. 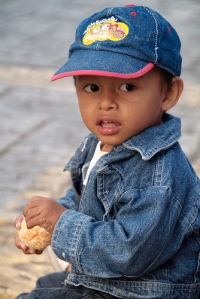 It’s obscene, really. And Bread for the World is one organization that has been advocating for policies and legislation that can end hunger since 1972.  It was a founding member of The ONE Campaign—a movement to rally Americans to respond to the global emergencies of extreme poverty, hunger and AIDS – and each year, Bread for the World invites churches across the country to take up a nationwide Offering of Letters to send to Congress on an issue important to hungry people. This year’s campaign focuses on extending the tax cuts for the working poor – an idea which probably won’t be too popular with the fat cats on Wall Street, but which if repealed would push an additional one million kids into poverty.

Over the years, Bread for the World has played a key role in doubling nutrition assistance to poor families through the Child Nutrition Act, and worked to make foreign aid more innovative, locally effective and aimed at direct poverty solutions – to feed the hungry around the world.

I love this organization so much– if for nothing more than David Beckmann’s insistence that “Our voices remind elected leaders that the budget is a moral document that should reflect our nation’s best values.” What a radical, refreshing concept – and one that inspires me to send my $100 today to Bread for the World. To join me in supporting this great work, click here! 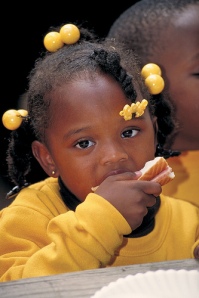 And take with you this great quote from Robert F. Kennedy – perhaps our last political leader who made ending poverty and hunger a real priority. “Each time a man stands up for an ideal, or acts to improve the lot of others, or strikes out against injustice, he sends forth a tiny ripple of hope, and crossing each other from a million different centers of energy and daring, those ripples build a current which can sweep down the mightiest walls of oppression and resistance.”

Aung San Suu Kyi, Myanmar’s beautiful, indefatigable democracy leader, was released on Saturday by the military dictatorship after her latest term of detention expired. What a beautiful day for Burma!

6 thoughts on “Children are going hungry. And we need to feed them.”