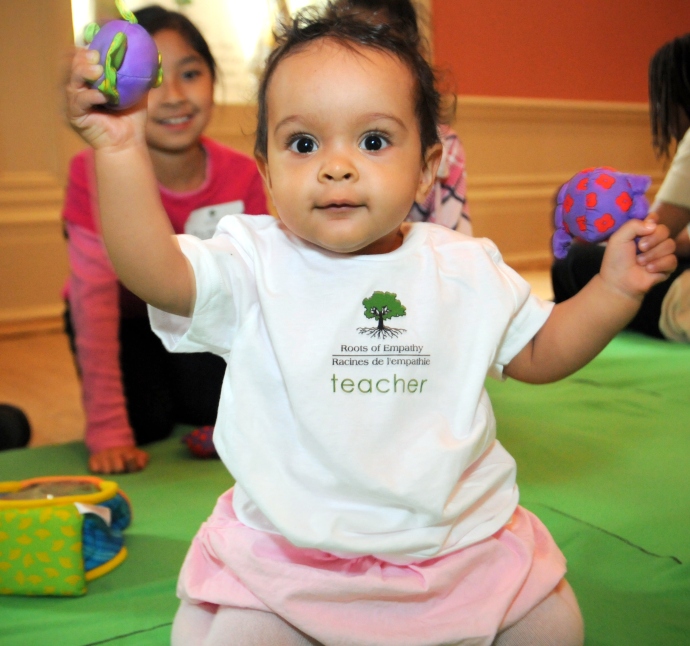 In 1996, a kindergarten teacher named Mary Gordon, who had built Canada’s largest network of  parenting and family literacy centers, decided that the most effective way to teach empathy and emotional literacy wasn’t to teach parents, but to start a bit earlier — with kindergarten children. And that teaching would come in the form of the most irresistible force imaginable: a baby. 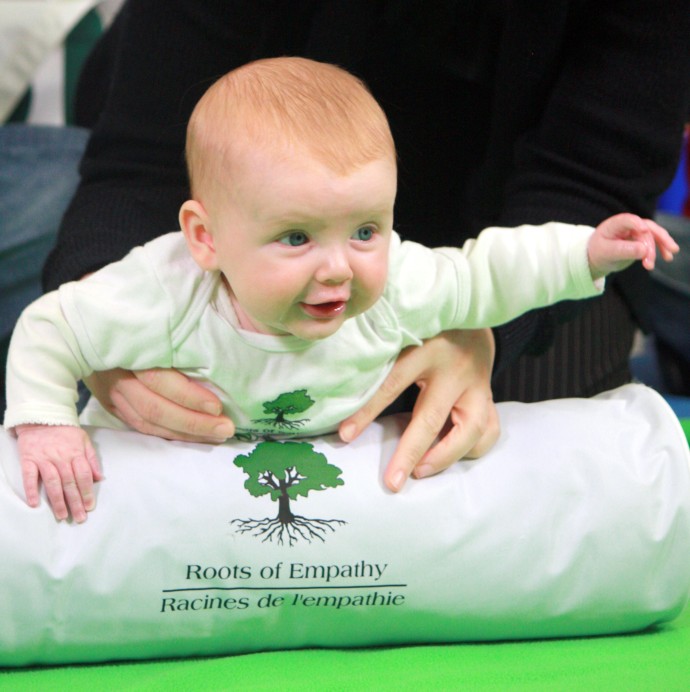 Roots of Empathy was born out of Gordon’s research and keen psychological insight, but at its heart, it’s intuitively brilliant. A mother (or father) visits the classroom with her baby once each month for nine months and sits on a blanket surrounded by the children who observe the baby’s development and try to understand the baby’s feelings. A certified Roots instructor guides the classroom in the session, and in pre- and post-visit classes to talk about what the baby will be doing, how the mother and baby interact, and how the baby’s feelings relate to their own. In short, it’s a course in relationships, in understanding, and above all – in unconditional love. 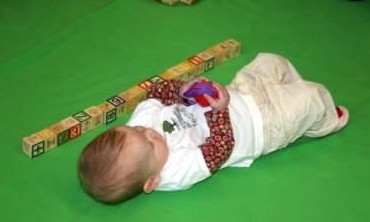 How big is the baby today?

What Gordon discovered is that a baby can unlock the hardened heart of a bully, shine on the shy, withdrawn child, and is of universal interest to young children. Babies love everybody, regardless of their differences, and children can easily relate to a baby’s vulnerability, curiosity and need for safety. In the Roots course, students learn that every baby comes into the world with its own temperament and pace of development, and by learning about the baby’s emotions, they learn about their own feelings and the feelings of others. It’s a transformative journey. 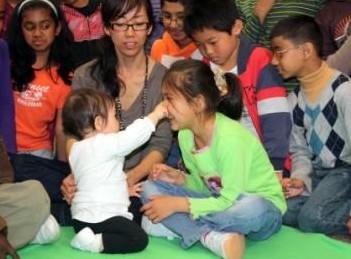 That’s not just pie in the sky: where Roots of Empathy programs have been implemented widely, fighting between students dropped close to 50%. Independent evaluations show dramatic and lasting effects in increased positive social behaviors like sharing and helping, and an 88% decrease in proactive aggression, like bullying. And then there is the ineffable hope that the program can repair wounds that may never otherwise heal, as in this story from Mary Gordon’s book: 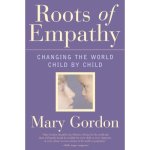 Darren was the oldest child I ever saw in a Roots of Empathy class. He was in Grade 8 and had been held back twice. He was two years older than everyone else and already starting to grow a beard. I knew his story: his mother had been murdered in front of his eyes when he was four years old, and he had lived in a succession of foster homes ever since. Darren looked menacing because he wanted us to know he was tough: his head was shaved except for a ponytail at the top and he had a tattoo on the back of his head.

The instructor of the Roots of Empathy program was explaining to the class about differences in temperament that day. She invited the young mother who was visiting the class with Evan, her six-month-old baby, to share her thoughts about her baby’s temperament. Joining in the discussion, the mother told the class how Evan liked to face outwards when he was in the Snugli and didn’t want to cuddle into her, and how she would have preferred to have a more cuddly baby. As the class ended, the mother asked if anyone wanted to try on the Snugli, which was green and trimmed with pink brocade. To everyone’s surprise, Darren offered to try it, and as the other students scrambled to get ready for lunch, he strapped it on. Then he asked if he could put Evan in. The mother was a little apprehensive, but she handed him the baby, and he put Evan in, facing towards his chest. That wise little baby snuggled right in, and Darren took him into a quiet corner and rocked back and forth with the baby in his arms for several minutes. Finally, he came back to where the mother and the Roots of Empathy instructor were waiting and he asked: “If nobody has ever loved you, do you think you could still be a good father?”

To date, Roots of Empathy has reached over 325,000 children worldwide and represents a positive, proactive way to teach tolerance and acceptance – before the bullying starts. And any time you can reach a child and teach compassion and empathy, I’m in!

My $100 today goes to Ashoka Fellow Mary Gordon, and her passionate belief: “There is an unexpected magnificence in our children and an underestimated power in their ability to change our world for the better.” To join me, click here.

2 thoughts on “The wisdom of a baby.”