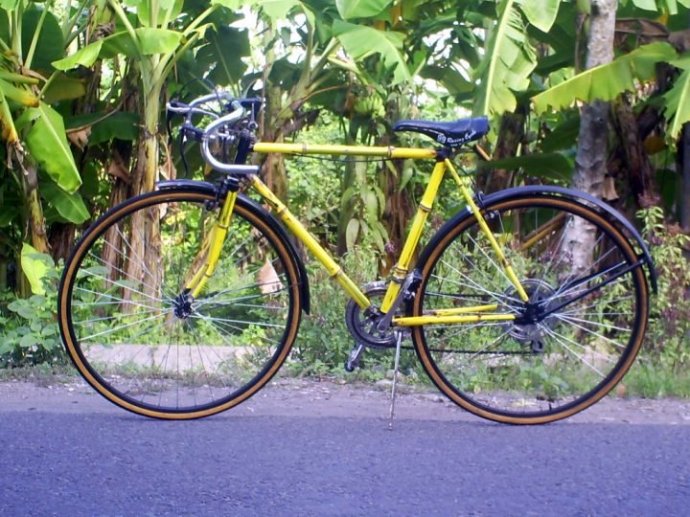 A bike for Africa, by Africa, starts with bamboo.

In many of the poor parts of the world, bikes are quite simply a vehicle for improving your life. They’re a hugely expedited step up from walking, an independent form of transport that allows you to transport goods to market or get health care, and a vastly cheaper alternative to cars. The only problem is that in Africa, the most commonly sold bikes are completely inappropriate for transport. Made of steel and manufactured cheaply in China, they are heavy, constantly breaking down, and of the lowest imaginable quality. 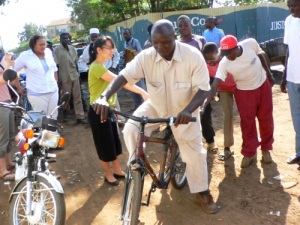 Trying out something bamboo!!

So when John Mutter and David Ho of Columbia University’s Earth Institute began to look at the problem as part of the Millennium Cities Initiative, they immediately began to ask the big questions: Why are all the bikes in Africa imported from China & India? Why are they so crappy and always in repair shops? Couldn’t you make a better bike in Africa, made for Africa, for less? And that’s when bamboo came into its own. 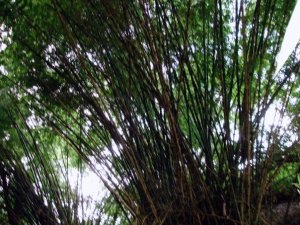 The Bamboo Bike Project was initiated in 2007 with two main objectives: to design and build a more suitable bike for people in rural Africa using native material, and to build the first bicycle production industry in sub-Saharan Africa, managed by local investors, that would create jobs and stimulate enterprise development. Bamboo was chosen as the construction material of choice because it is surprisingly strong, locally sourced, and has great vibration dampening characteristics – a huge attribute on Africa’s less-than-smooth roads. 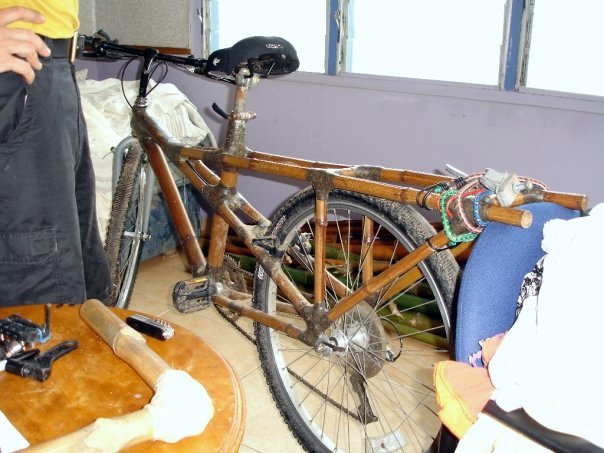 A bamboo frame bike can be built without extensive infrastructure or dependable electricity, with a tubing structure that can be joined together on building jigs with epoxy resin. The process is labor intensive but the skills are easily taught – a perfect prescription for an African factory in Kumasi, Ghana. Bicycle component parts — seats, wheels, chains and handlebars—can be shipped in at a bargain price, compared to shipping the complete bicycle, and the price of the light, agile bamboo bike will be comparable to the heavy Chinese models – with a far longer lifespan and far fewer repairs. 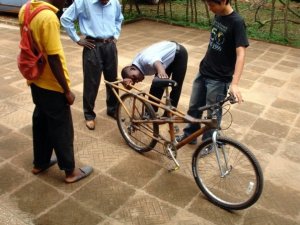 Looks pretty good to me!

The Bamboo Bike Project is kicking off production of 800 test bikes in Kumasi this year (all of them presold to an NGO for its health workers) and a Ghanaian investor is providing all the initial funding for the Ghana factory. The goal is to train 15 Ghanaians in bamboo bike-making initially, and then scale up to training many more workers and making 2,000 bikes a month by the end of 2011. 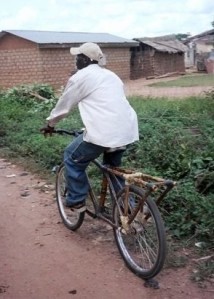 That’s a lot of fast-pedaling– but Mutter & Ho‘s aim is to get as many good bikes– made by Africans of sustainable African materials– under the seats of as many hard-working Africans as quickly as possible. I’m so down with that!

My $100 today goes to the Bamboo Bicycle Project to put mettle to the pedal! To join me, click here.