Okay, I agree nobody really wants to talk about toilets. But having a decent place to go to the bathroom is more than a convenience, it’s a hallmark of human dignity. And nobody understands that more deeply than David Kuria, Ashoka Fellow and founder of Iko Toilets in Kenya, where 50% of the people lack access to basic sanitation services. Pit latrines often overflow in heavy rains, and “flying toilets” of plastic bags tossed into the street pose severe health risks. In fact, diarrheal disease is the top killer of children under five, prompting Kuria to recall Gandhi’s statement: “Sanitation is more important than independence.”

David Kuria was born to build. At the age of thirteen he was renting his own house, and working as a tailor, designing school bags from scraps of cloth. He went on to become a qualified architect, but his real passion was working on slum development – starting in Kibera, the largest urban slum in East Africa that is not even recognized as a legitimate neighborhood by the government (hence, no facilities or services are provided to the 800,000 people living there). 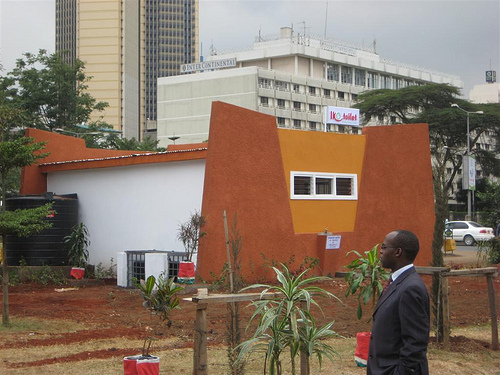 David Kuria has a vision for environmentally responsible slum sanitation.

Kuria believes that sanitation and hygiene are a basic human right, as well as a damn good investment, so he went to work flushing out the idea. Because he’s lived in the slums, he understood the power structure and knew that he had to get community buy-in if the venture was to work. In 2003, he persuaded three communities to donate land, hosted community design workshops to get people thinking and talking about how they wanted the bathrooms to work, and engaged local people to help design, build, and economically support the toilets with modest user fees (6 cents per use). 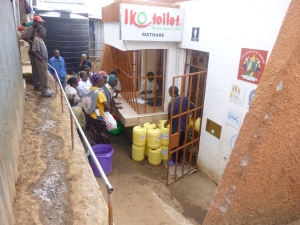 Iko in use in the slums.

The first 3 Iko Toilets were enormously popular – designed to serve 200, each now serves 500—but construction costs were too high. So Kuria designed new toilets that turned all available space into sources of income – for advertisements, shoeshine booths, telephones and newspaper stands.Human waste is collected and turned into biogas that is pumped back to provide light and hot water, and urine is harvested, processed into urea using new waterless technology, and donated to communities to use as fertilizer for composting. 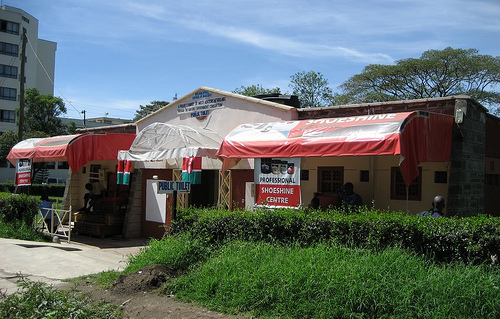 The Iko Toilet is a marvel of environmental efficiency, and Kuria also has a knack for marketing – making his grand openings splashy affairs and attracting government support as well as international investors. (Watch this great video on World Handwashing Day – where 19,000 kids washed their hands, learned basic hygiene and got a new school Iko Toilet!)

Today Ecotact has invested $1.2 million in the construction of 40 facilities in 12 municipalities in Kenya, providing 300,000 people daily with safe water and sanitation in more than 5 million uses of toilet and shower facilities. Kuria has also won numerous global awards for “thinking beyond the toilet,” as he calls his undertaking to answer the cry of 1.2 billion people in the world for a decent place to do their business – and make a thriving business out of it. 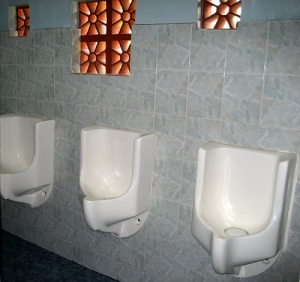 Clean as a whistle!

For bringing all his creativity and compassion to a subject most people don’t want to talk about – but which is such a basic part of self-worth and self-esteem– my $100 goes to David Kuria and Ecotact. If you give a crap (sorry, couldn’t resist) join me in donating through Acumen Funds which invests in and supports Ecotact‘s work.