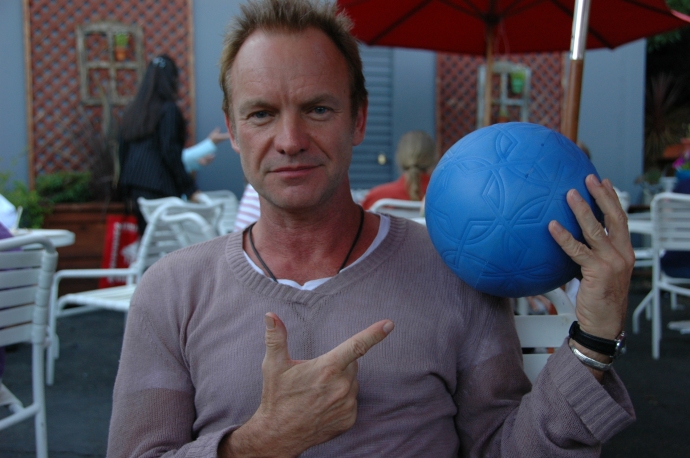 Let’s face it. When Sting is in the picture, it’s a bit hard to concentrate on anything else. But the One World Futbol is a scene-stealer, if ever there was one. 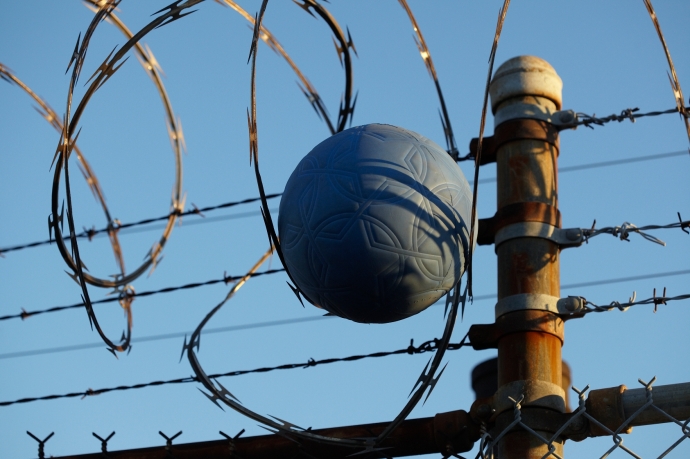 Conceived in 2005 by music producer and inventor Tim Jahnigen, this is the world’s most durable soccer ball. It never needs to be inflated, plays well on any surface indoors or out, requires no pump or needles, will play even when punctured, and like Sting, will basically last forever. 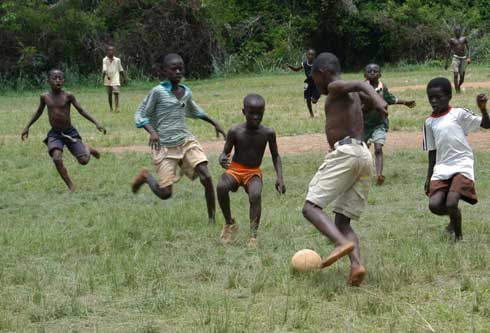 Where there are kids, there will be soccer. (Photo: Play Soccer)

Jahnigen was inspired to create the One World Futbol when he was watching CNN one evening in 2005 and saw young Darfur refugees engrossed in a game of soccer in a displacement camp. Their ball was a sphere of trash tied up with twine; the field was a patch of dirt and rocks with barbed wire for boundaries. A light bulb went on, and Jahnigen became obsessed with creating a ball that could be used anywhere in the world children wanted to play soccer –without the ball getting worn, waterlogged, deflated, or popped. But it was when he shared his vision with Sting, as they produced their bi-annual Concert for the Rain Forest at Carnegie Hall, that the One World Futbol developed a real future. 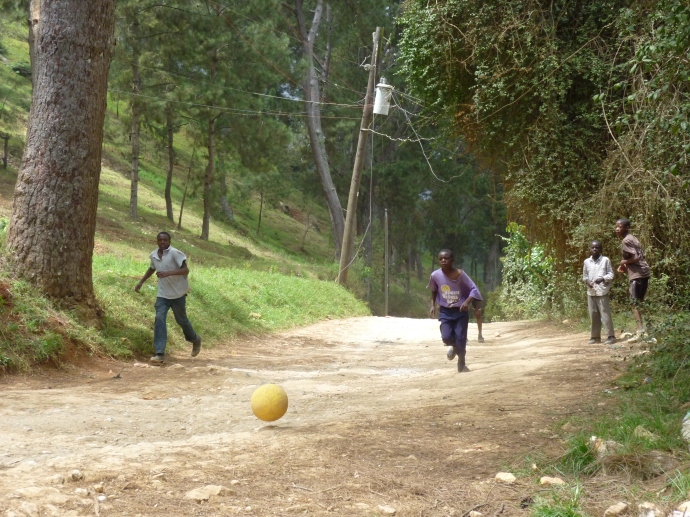 Works in Haiti..... (Photo by Jonathan Lea Howarth/Hope for Children)

Sting loved the idea and agreed to fund the ball’s research and development. And so, the first One World Futbol slowly, surely, and roundly came into being. This ball will take any amount of punishment and retain its chipper blue rotundity. Because it has no stitching, it will never be put together by hand by child laborers or adults working under deplorable conditions in Pakistan or China – instead, it’s a technological marvel meant to be used in refugee camps and conflict zones, suburban backyards and rocky fields of clay. Best of all, like soccer itself, it’s a rising tide of joy that lifts all boats. 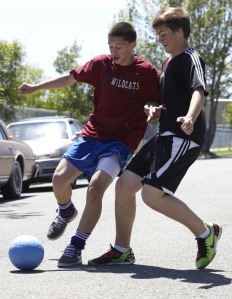 Anytime you buy a One World Futbol, you are automatically giving one to another person around the globe. Thanks to the brilliant “Buy One, Give One” model conceived by the One World Futbol Project, the purchase of one $39.50 One World Futbol ensures that another will be distributed through non-governmental organizations to communities in need around the world.

It’s the perfect marriage of a for-profit company with a nonprofit foundation, and it’s destined to kick the world’s enthusiasm for soccer into even higher gear (if that’s possible), and bring soccer love into even the harshest of environments.

My $100 today will buy two balls, which I’ll be sending to Guatemala for the San Juan families we adore down there, and One World will be sending the other two somewhere around the globe where I’m sure they’ll be walloped into oblivion. Game on!

To join me in buying a ball (and giving one!) click here.  To donate to One World Futbol Project and bring the joy of soccer to those who can’t afford it, click here .