We have a mouse in the guest house at Nyaka AIDS Orphans School. Actually, it’s more like a rat, but I refuse to let anybody use the “R” word. I haven’t personally seen the rodent– or at least I refuse to acknowledge that I’ve seen it – but both John the dentist and I saw something with a long tail race stealthily across the hall and into the kitchen yesterday afternoon. And then, at 5 a.m., Roger and his wife Terri went to the bathroom and their shocked shrieks as the critter ran across their toes awakened the whole house. (Except for my roommate Jennifer, who was completely unfazed by the event.) 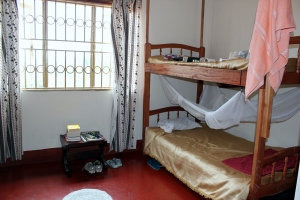 Now I’m freaked out beyond belief. I can’t even go to the bathroom at night. The house is no longer a lovely refuge to come to mid-morning for a quick cup of tea. And the idea of taking a shower at night, right next to where the horrid creature obviously lurks, is just too creepy for words. Instead I walk around like an imbecile, clapping my hands and stomping my feet to ward off any surprise appearances.

I know it’s ridiculous, ironic, and possibly imperialistic to be terror-stricken at the idea that there is a mouse/rat in our house when we are living in Africa .. with the doors open to the outdoors… on a veritable farm … with a school full of beautiful, amazing AIDS orphans who have a helluva lot more to worry about than a mouse who is trying to score a little food. It’s so girlie, self-indulgent and picayune. 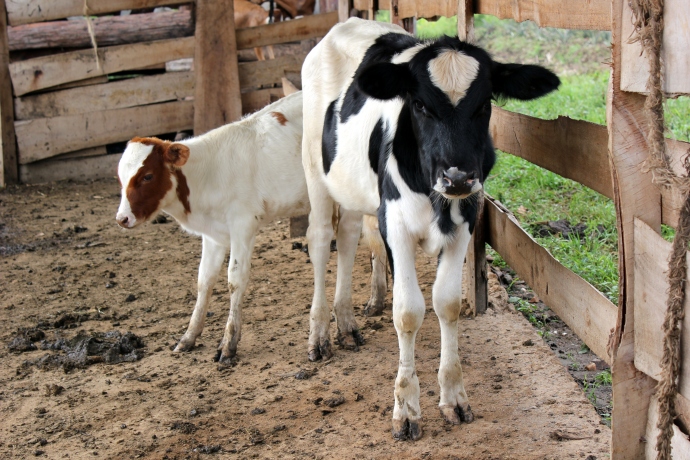 But goddamit, I hate mice. I know I’m being irrational and over-reactionary, but this is my own personal Waterloo. I take great pride in the fact that I’m completely unfazed by spiders, snakes, owls, heights, terrifying roads, roller coasters, bees, roaches, and solo travel to remote places. Ergo, I feel  I have the right to get unhinged about one thing, although it makes me feel really pissed off that this R*# has altered the way I feel about Nyaka, a place I love in a way that feels almost sacred. 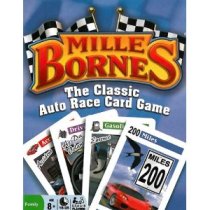 Looks so innocent, doesn't it?

Plus, like any living situation after a week of pure bliss, ours is getting a little complicated. We had a wild Mille Bourne game the other night and it ended up in all of us screaming at each other like banshees. Led by me, of course, because I’m an Irish brat who loves to win/has to win. How scary that this bunch of do-gooders coming down to help AIDS orphans in Uganda is at each others’ throats over a card game. And then the next day, we got word that Terri’s dad had died .. which made us all feel awful. I feel a long way from home, and the stupid hairy mouse isn’t helping things. ~~~~~~

What passes for a highway in Rukungiri...

The next day I left my beloved Nyaka for good, and set out alone to see some other  projects in Rukungiri – a two hours’ drive and a completely different world away. While Nyaka is rural, lovely and quiet, Ruku is a typical, noisy, ugly, small African city. After 12 hours of interviews on horrific roads, I was staying alone in a hotel up on a hill that was supposed to have electricity and hot water but seemed to have neither. I hadn’t eaten all day, then had a disgusting cold rice dinner and was missing Nyaka and my pals badly…plus I really, really wanted to get on the internet, download my photos, and take a hot shower, minus the mouse terror. And I was being thwarted on all accounts.

Kind of a scary bathroom...

The sweet brother and sister at the front desk, aptly named Everest and Silivia, ran up and down the steps to my room, trying to get things to work, but finally had to admit defeat. I did grab a few minutes of hot water in the shower– victory! –  then took my computer down to the reception area and sat there working for a few hours, while a tiny, adorable girl stared over my shoulder at my photos, hollering “Mazungu!” at every white person she saw. Quietly, Everest brought me out a teabag, thermos of hot water, and a slice of gingerbread on a pretty plate. In an instant of total clarity, I  was struck once again by the Ugandans’ sweet generosity and hospitality –which of course stood in stark contrast to my impatience and overreaction to every inconvenience.

In fact, every Ugandan I’ve met has exhibited this same unfailing, polite desire to help This Mazungu in any way he or she can, despite living themselves in a land of hardship, sorrow and want. The contrast between my own insistence on the things I’m entitled to and the Ugandans focus on how to be as welcoming, kind and thoughtful as possible made me squirm in my seat. Quite frankly, the rat I was living with was a whole lot less scary.