I thought it was just me. But no, the entire world is getting old. Fast. Today there are almost 700 million people over the age of 60, but by 2050 (hold on to your bran buds, folks) that number will triple — to 2 billion. In a mere thirty years, people over 60 will outnumber kids under 14 on the planet. 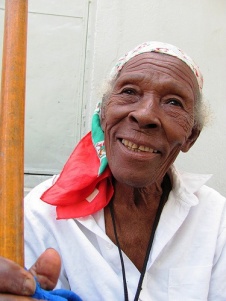 Now, consider the fact that ¾ of the world’s older population lives in areas prone to disaster and conflict. And older people can’t outrun a death squad, flee a tsunami, or even get to assistance or food when it arrives.

That’s why HelpAge USA www.helpageusa.org has been working for 25 years in 78 countries to protect the needs and rights of vulnerable older people. Aligned closely with established local partners on the ground, HelpAge is the only international relief organization that concentrates solely on marginalized and defenseless older people in crises. The ones you never see in the photos; the ones who are often most at risk. 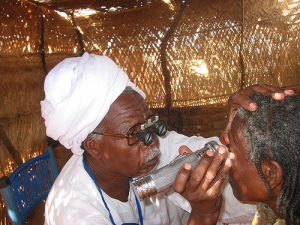 In Rwanda, Indonesia, Chile, Haiti and Darfur, HelpAge brings healthcare, relief supplies, counseling and shelter — as well as a creative perspective on what’s needed for aged survivors. Working in 12 campus for displaced persons in West Darfur, HelpAge has restored the sight of more than 7,000 people and treated 23,000 for minor eye problems; opened 18 social centers to build community among traumatized refugees; distributed more than 50,000 food baskets to the malnourished; and set up free donkey ambulances to transport older people who are often unable to walk to health centers.

By restoring the health and well-being of older people, HelpAge empowers them to become part of the solution. “Older people have the institutional memory of the community and so much knowledge to impart,” says Marilyn Grist, Executive Director of HelpAge USA. “When they are given basic services, they can raise grandchildren, help grow food, and contribute to building stronger families and communities.”

As Bette Davis once said, “Old age is not for sissies.”For everything HelpAge is doing to change the way the world looks at older people (soon to be me!) – from its policy work with governments and the United Nations, to its emergency relief efforts in Haiti supporting local people and using local resources, I’m donating my $100 today to HelpAge USA. Not a sissy in the bunch.

10 thoughts on “One beautiful thing about getting older”