The joy of water

The words AMMAN IMMAN mean water is life. No one understands that better than the 500,000 people who live in the Azawak of West Africa, where it rains sporadically only one month of the year. The Azawak stretches in a long, hot, dusty, unbroken plain on the edge of the Sahara in Mali & Niger, two of the poorest nations in Africa. One out of every two children will die before the age of 5 in this remote and abandoned region, and the people live on the brink of daily disaster, left on their own to walk up to thirty miles a day in search for water. 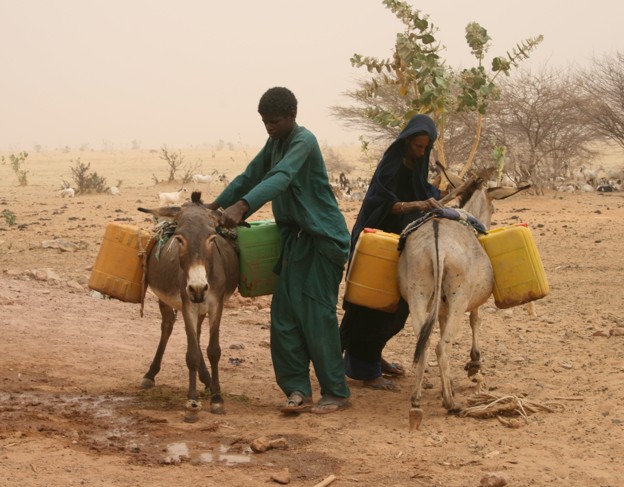 In search of water in the Azawak

But the Azawak people are not on their own anymore. Ariane Kirtley, who was raised in West Africa and returned as a Fulbright scholar to the Azawak in 2004, has become an ardent voice for the beautiful, courageous, nomadic people of this godforsaken region. 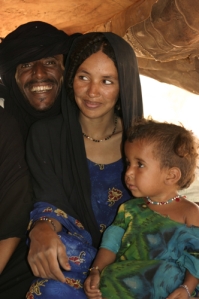 The beautiful people of the desert

“I thought I’d seen the poorest regions in Africa, but this was different,” Ariane says. “Due to extreme drought, there’s almost no food, no hay, no water– the conditions are almost beyond belief. And yet, if the people have only one glass of mud-water to drink, they will give it to you. That amazing generosity exists right alongside the amazing need. So of course I had to be their messenger to the outside world.”

And what a messenger Kirtley has become! In 2006 she started Amman Imman to create permanent, sustainable sources of water for the people of the Azawak. She shared her stories of these beautiful, vulnerable people with anybody who would listen. The Montessori schools took up the service learning challenge and a worldwide Wells of Love program was started. 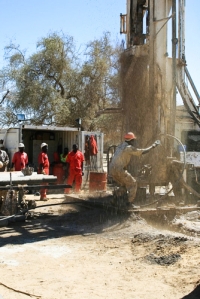 Drilling the borehole in Kijigari

Clean water does exist in the Azawak, sustainable and replenished by nature, but it’s 600 to 3000 feet beneath the desert surface. Ariane’s plan is bring heavy drilling equipment into the Azawak and drill boreholes that will each provide water for 25,000 people and their livestock. Amman Imman’s first borehole was in the town of Tangarwashane, and the second hole is being dug right now in the larger village of Kijigari.The process involves driving heavy machinery for 5 days across the desert, drilling 600 feet down, laying pipe, building a water tower, then placing faucets and animal troughs throughout the village. It also entails intensive training for the village in financial, technical and healthy management of the borehole, to keep them operational for decades to come.

Each borehole costs about $180,000 and takes 2 months to complete — and Ariane’s plan is to build 50 of them throughout the 80,000 square miles of the desolate Azawak. 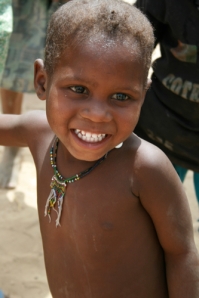 What all the drilling is about

Despite the daunting task, I wouldn’t bet against her. Ariane, her husband Denis and 2 year-old son are digging in and staying in Niger until they can change the odds for the Azawak people. “This is my destiny,” she says happily. “It’s what I’m meant to do and where I’m meant to be.”

To add some of your own liquid assets, join me in donating to the completion of the Kijigari borehole, and click here!

6 thoughts on “Dying of thirst; Drilling for life.”