I DO… believe in Gay Marriage 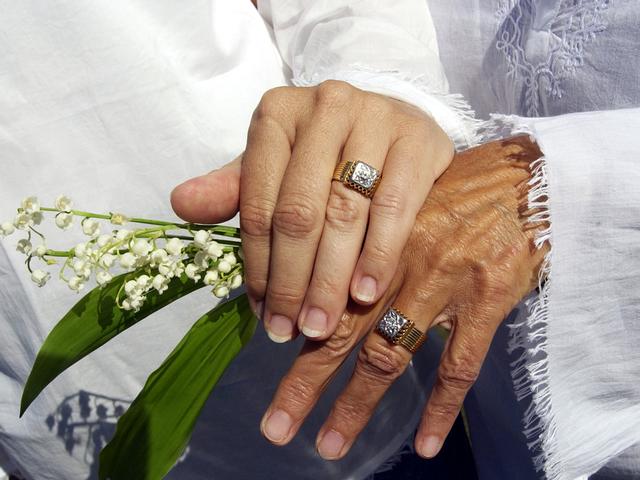 Today, I’m attending the marriage of my friends Ron Emrich & Marc Coleman in Stamford, Connecticut. They live in Philadelphia, but they are getting married in Connecticut because it’s just one of the five states that allow gay people to marry (the others being Massachusetts, Iowa, Vermont and New Hampshire, plus the District of Columbia). But when they get back from their honeymoon, their marriage won’t be recognized in Pennsylvania because only three states (Maryland, New York, and Rhode Island) pledge non-discrimination against same-sex couples who’ve married in another state.

It’s almost impossible to believe that we’re still living in a country practicing this kind of wholesale discrimination against a group of people. As Meghan McCain said a few nights ago on television: It’s not about gay rights, it’s about equal rights. And I’m firmly of the mind that gay people should have the opportunity to suffer through marriage just like the rest of us (although in my experience, gay couples seem to be a lot nicer to each other than most straight people I know). 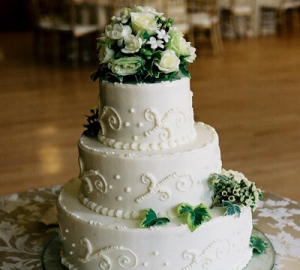 In any event, it’s not just the wedding that’s involved –although that’s an economic stimulation package all its own—an estimated $9.5 billion windfall for wedding planners, caterers and frou-frou providers we’re missing out on. No, what’s really at issue are all the state & federal protections and privileges that come with marriage that gay people are systematically being denied. 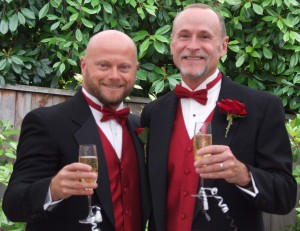 My friends Andrew Harker & Jeffrey Knollmiller were married in California before Prop. 8, so they can still inherit each other’s estates, share family insurance, and be entitled to each other’s social security, but today, thousands of other same-sex couples can’t – creating two levels of citizenry, which is clearly unconstitutional.

And my friends Garrett Van Allen & Jimmy Ebersole will never get married because they lived in Georgia and before they could travel to a different state to wed, Garrett died of liver cancer. Jimmy was the most devoted caregiver I’ve ever seen – going to every doctor’s visit, lavishing attention and care on Garrett at home, and spending every day in the hospital right up until the bitter end. Yet still, Jimmy was not entitled to make any medical decisions for Garrett, and when the “real” family finally arrived, they were entitled to all Garrett’s possessions and finances, and had full control of the funeral. And if Garrett & Jimmy had adopted children; Jimmy could have been completely denied all parental rights to the children he had raised.

This kind of discrimination and injustice is obscene. If two people love each other and want to shackle themselves together for all eternity, they should have the freedom to do it. And equal protection under the law is a right, not something that depends on your sexual orientation.

My $100 today goes to Freedom to Marry, a wonderful advocacy group working to advance the cause. To join me, click here . And Happy Wedding Day, Ron & Marc!!!

14 thoughts on “I DO… believe in gay marriage.”