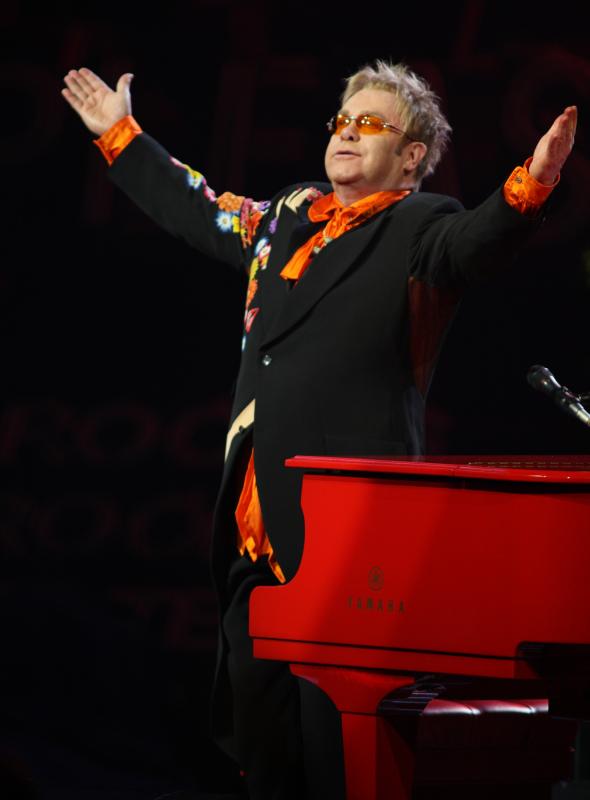 Today is World AIDS Day and I can’t think of anybody I’d rather support than the Rocket Man himself, Sir Elton John and his Elton John AIDS Foundation. After spending the 80’s higher than a kite, Sir Elton, shamed into sobriety by the death of teenaged AIDS activist Ryan White, got sober in July, 1990 and started his amazing foundation in 1992.

Because he’s Elton John, he didn’t do philanthropy the old-fashioned, quiet, researchy way. Nope, he did it up BIG – holding the best Academy Awards party in Hollywood; hosting Smash Hits, a bedazzled pro tennis tournament; creating his own fragrance; and putting on 30 benefit concerts a year – like Fashion Rocks before Fashion Week in NYC. All that glam got the job done: his two foundations in London and the US have raised over $220 million to support projects in 55 countries in HIV prevention, direct care and support services, and working to eliminate the stigma associated with HIV/AIDS. 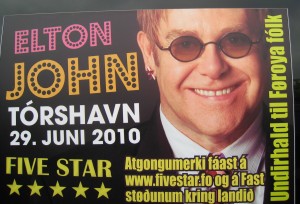 30 benefits/year, everywhere in the world.

But what’s truly amazing is how smart, accountable and focused Sir Elton has been with his foundation. Instead of reinventing the wheel, he partnered with the National AIDS Foundation to work globally. His fundraising events are lavish and over-the-top – he’s ELTON JOHN, after all – but he gets corporate donors and celebs to cover the expenses. He doesn’t just work with the big boys, but also gives to grassroots organizations that are dramatically affecting the lives of people struggling to live day to day: rural women in America, truckers in India, an orphanage in Moscow, and traditional healers in Africa. Most impressive, he’s not in it for the work – he refuses to build an endowment and pays it out as it comes in, saying “We’re a charity for godsakes…people are dying and needing help now.” 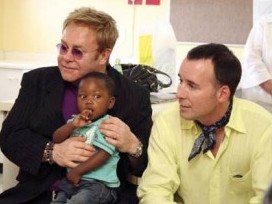 Today, in his usual low-key way, Sir Elton John is editing Britain’s The Independent (all paper sales will support his Foundation) with contributions from the likes of his pals Elizabeth Taylor, Jamie Oliver and Bill Clinton. He’s got a great story to tell: there has been a 24% drop in new infections across the worst affected countries since 2001 and five million people are on treatment.

But some numbers still haunt him. Nearly 600,000 Black Americans are living with HIV/AIDS, and as many as 30,000 become infected each year. The HIV infection rate among African-Americans is seven times higher than the rate among whites. But that’s exactly what keeps Elton John still standing. For the past 18 years, he’s been fighting for people “who don’t get a fair crack at the wheel… And if I can do anything to alter that scenario, as long as I live, then I will try to do that.” 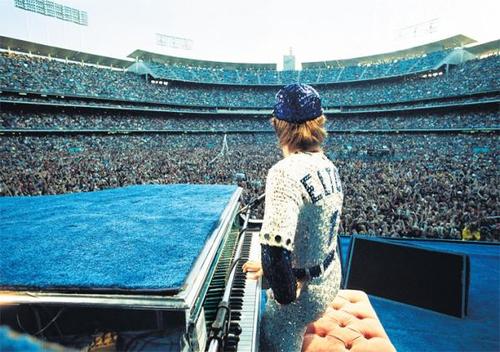 He's still standing ... and standing up against AIDS.

Elton knows it’s gonna take a long, long time to put AIDS behind us, but he’s up for the challenge:“ I’m at the age now where I have to speak up. I’m (nearly) 60 now, I have to say these things. It’s not going to hurt my career. And if it does, I don’t care. I just can’t bear the injustice of it all. “ 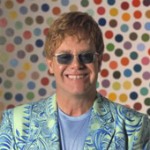 Me neither. My $100 today goes to the Elton John AIDS Foundation and tiny dancers everywhere, working to end AIDS. To join me, click here!

One thought on “Like a candle in the wind.”