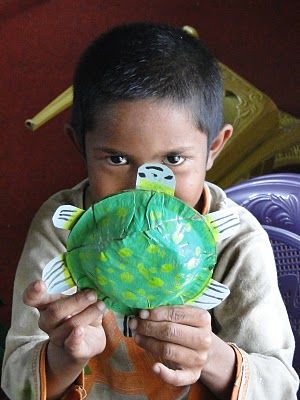 Sundar, a Kopila resident, coming out of his shell.

Under the word “indomitable” in the dictionary, there ought to be a photo of 23-year old Maggie Doyne, founder of the Kopila Valley Children’s Home in Surkhet, Nepal and an impassioned advocate for young people everywhere to get out there and start changing the world. 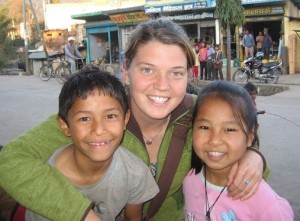 Maggie & two of her little buds.

After graduating from public high school in Mendham, New Jersey, Doyne took off for a pre-college year of travel…that has turned into the journey of a lifetime. While working in an orphanage in northern India, she met hundreds of adorable Nepalese children who were fleeing Nepal’s 10-year civil war, orphaned, or abandoned. She volunteered to trek through the Himalayas with a 12-year old in search of her parents, and along the way met hundreds of the estimated 45,000 orphans who struggle daily in Nepal to survive without a home, food, clothing, family or school. 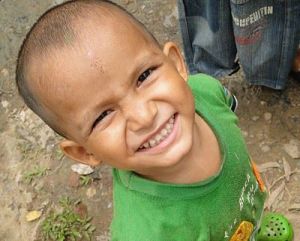 Bashir loves the color green, and his home at Kopila.

In the blink of an eye, Doyne decided to do something about it. Making a call home to New Jersey from an isolated phone booth, she asked her parents to send her the $5,000 she had saved up from babysitting. Armed with that cash and a lot of research she’d done, she bought a piece of land in Surkhet, in the Midwestern border region of Nepal. Then Doyne went home to New Jersey, started telling everybody she knew about the beautiful orphans of Nepal and was astounding by the outpouring of support (and money) she received from schools, churches, her friends, and total strangers. 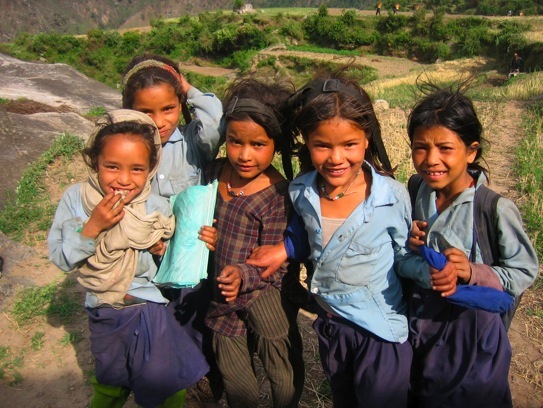 Girls on their way to school. 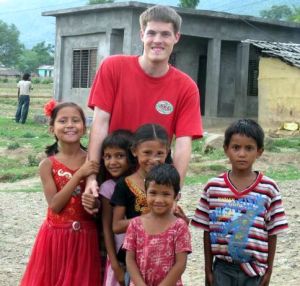 Doyne’s boundless enthusiasm and joy in her work is utterly contagious – and has inspired other young people like Dr. Frank (another Mendham NJ young social changer) to spend months over in Kopila volunteering their time and talent. It’s also earned Doyne the $100,000 Grand Prize in the “Do Something” Awards (that she’ll use to build a school and community center in Surkhet).

The focus is always on the children, but Doyne’s work includes everything that touches them: rural development, literacy, poverty, social justice, women’s empowerment and sustainability. And in her spare time, Doyne’s created BlinkNow, a foundation to share her ideas, passion and zeal for social change with other young people. 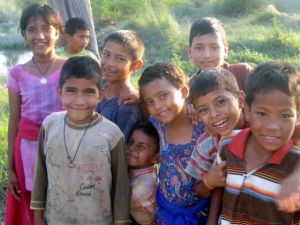 If I were 20, (or had any useful talent other than hugging), I would be over there in a flash – but as I’m a bit housebound right now, I’m sending Maggie my $100 in the hope that she’ll continue to follow her heart and rock the world. You can join me by clicking here!