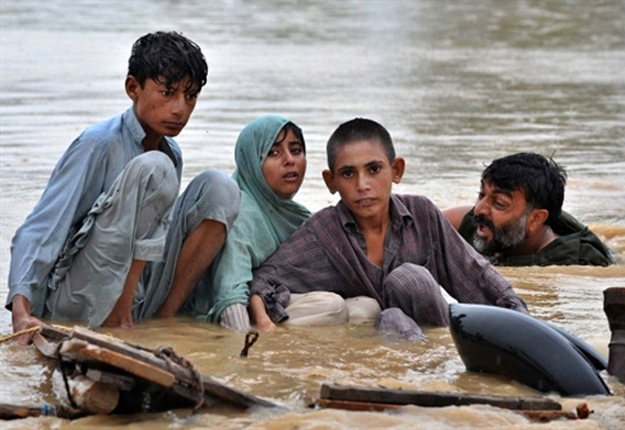 Last Wednesday night, the swollen Indus River broke through the Sur Jani embankment in southern Sindh province, threatening the towns of Thatta, Mirpur Bathoro and Sijawal. I know this because my friend Khalida Brohi, founder of the Participatory Development Initiative in Pakistan (see post on 3/9)  wrote me a poignant email, detailing how her organization is geared up to help in the ongoing disaster that is the Pakistan flood. (And yes, I did already write about the flood last week, and probably will again…)

Although some of the water has receded in parts of Pakistan, along with the world’s fickle attention, 17 million people have lost their homes and livelihoods to floods that began in the northwestern highlands with extra-heavy monsoons. As the floods moved inexorably downstream, they have wiped out 500,000 tons of wheat and 1 million acres of rice fields in the Punjab breadbasket of Pakistan. And according to the UNICEF about 3.5 million Pakistanis have only contaminated water for drinking, bathing and washing.

Life in the refugee camp. AP Photo by Kevin Frayer

I’m giving to Khalida’s organizaton because it is Pakistani-run and extremely well-connected with Oxfam and other large international aid organizations. PDI is already providing aid to 10,000 other families further north: in Thatta, the plan is to prevent disease with fresh water and sanitation and hygiene kits for the people living in refugee camps. And of course, to feed the greatest number of the poor as possible. 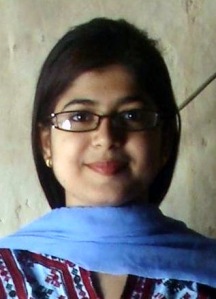 I met Khalida this summer in Boulder and I was amazed at her compassion, bravery and sweetness – and struck by her deep, abiding love for her country.  I know this tragedy must be breaking her heart.

My $100 is a message of support and small gesture of the respect I have for the work she is doing. Godspeed, Khalida!