Three weeks after I moved to Atlanta in 2005 with my husband for his new job as President of Oglethorpe University, Hurricane Katrina struck the Gulf coast. After three days of watching people wading through rising waters and being trapped on roofs waiting for help, I got so tired of yelling at my TV, I volunteered to lead the college’s efforts to get involved – which led me to one of the few organizations prepared to intervene in the crisis.

Getting medical care off the ground for kids with cancer

Angel Flight, an amazingly resourceful, beautifully organized and effective organization, runs out of super-cute Peachtree DeKalb Airport in Atlanta, located about 3 miles from OU’s campus. Started in 1983 as a volunteer pilot organization to provide free air transportation for any verifiable medical need, Angel Flight served Georgia and surrounding states in the South with about two flights a week… until 2001. 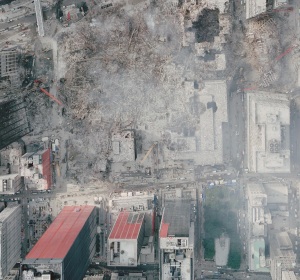 When disaster struck on 9/11, Angel Flight was there.

When American was attacked on 9/11, the organization’s mission expanded to cover disasters both personal and global. On September 12, as all flights remained grounded, the volunteer pilots of Angel Flight received special FAA permission to fly disaster relief coordinators, mental health counselors, firefighters, and rescue workers to Ground Zero and the Pentagon. Within two weeks, Angel Flight had coordinated over 70 missions to directly support relief efforts. 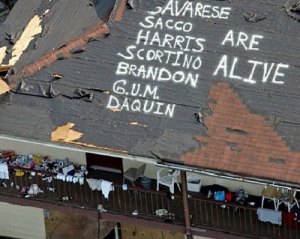 Likewise, within a few days of the Katrina disaster, Director Jeanine Biron-Chambers and her crew were fully mobilized, coordinating a heart-warming river of volunteer pilots who showed up every morning ready to fly; sending me and dozens of student volunteers out to every Costco and Sam’s Club in the area to buy thousands of dollars of requested supplies with donated funds, then sorting and stockpiling them in PDK’s giant hangers; and loading up and sending off dozens of flights every day into the ravaged communities in Louisiana, Mississippi and Alabama.

Packing up relief for Katrina victims

At the time, ground transportation was completely shut down, and Angel Flight pilots were some of the first responders to get in with water, food, medical supplies, diapers, tents, shoes and baby formula. It was an awe-inspiring operation, repeated over 450 times in those first terrible days when no help was getting in.

Since 2000, Angel Flight missions have increased about 550% — to more than 2000 flights a year. And no one pays a cent for any Angel flight. Angel Flight’s 800 pilots volunteer to donate their planes, fuel and time in the service of others because they love to fly and are always looking for a good excuse to get airborne, but mostly just because they’re incredibly generous, upbeat and compassionate people. Plus, 466 Earth Angel volunteers also work on the ground to coordinate services, fundraise and support the operation. But nobody explains what it means better than the families who are helped by the services.

My $100 today goes to support Angel Flight and all the good work they do up there! To join me, click here